Hope you’re having a good week.

I need to tell you about this little creature. 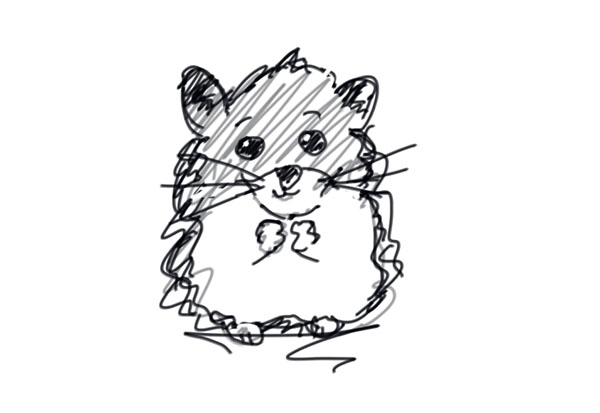 I’ve really tried hard to make him look cute, but he wasn’t. His name was Humphrey (thanks Betty G Birney and your Humphrey the Hamster books). This was a couple of years ago, so Humphrey’s dead now, but don’t feel sorry for him. He was a right, let’s say, ‘character’, but you know what I mean.

This is where he lived at the end of the hall. 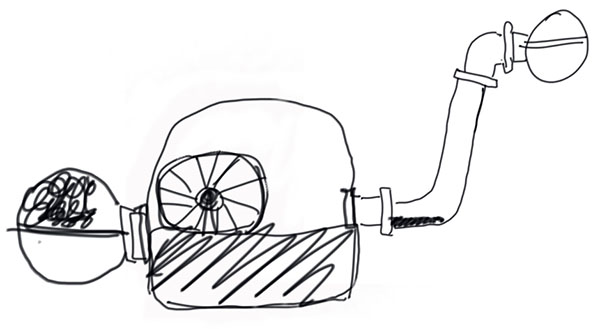 Perfectly nice accommodation, I hope you agree. A tunnel, a wheel, places to climb and hide, a cosy bedroom on the left. Lovely.

Humphrey loved to sit in his little sphere in the sky, putting the world to rights. His favourite pastime was to stick his bum out of the sphere and squirt a load of wee wee down the tunnel until there was a nice puddle at the bottom, indicated by the dark area in the sketch.  When the puddle was full enough, he turned his little bumpty round and jumped. 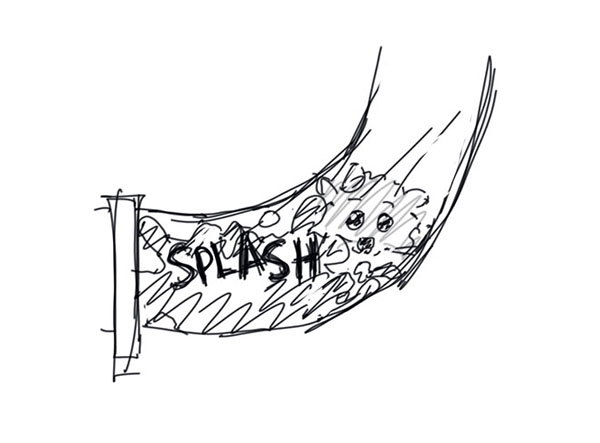 He loved his urine slide.

My wife always said that hamsters were supposed to be clean animals, so one day, when she was getting fed up of cleaning the stinker and we were driving passed the vets, she wondered if I could jump out and ask the vet if there might be anything wrong with Humphry.

I said no, no definitely not doing that, no way, then I went in.

It was busy but the vet was at the reception and as I was explaining to the receptionist, the vet overheard the conversation and looked like this for a while 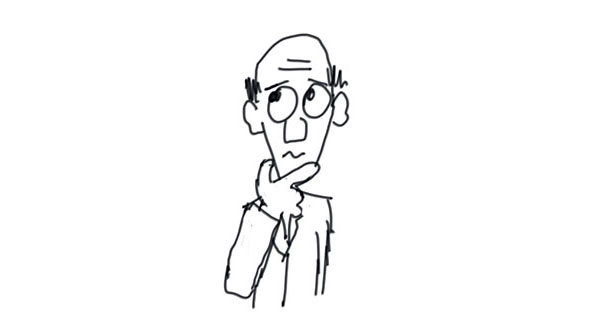 He thought about it, long and hard, and shook his head. ‘I’m afraid there’s bad news, Mr Young.’

I sensed everyone in the waiting room was listening because we all get excited about other people’s bad news.

He shook his head solemnly and I brace myself for the news. I know I hated the little ‘character’ but that didn’t mean I didn’t like him.

”From what you’ve said, I think your hamster is…’ 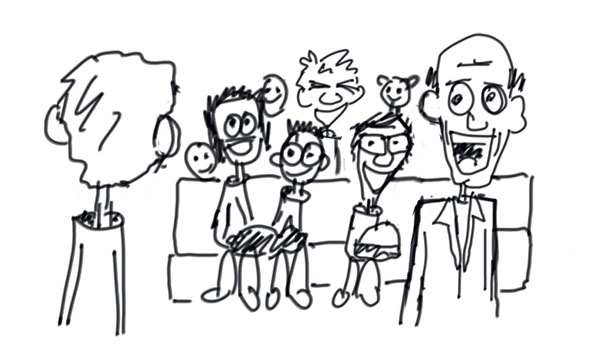 And that was the diagnosis. Everyone enjoyed it (nearly).

There’s a happy ending. He didn’t charge me for the ‘dirty boy’ diagnosis which was a surprise for vets.

Six months later Humphry escaped, chewed up two carpets in two separate rooms, left midnight plops everywhere, and barricaded himself behind the toilet causing my wife to temporarily go insane and start a SAS-style campaign to catch him. 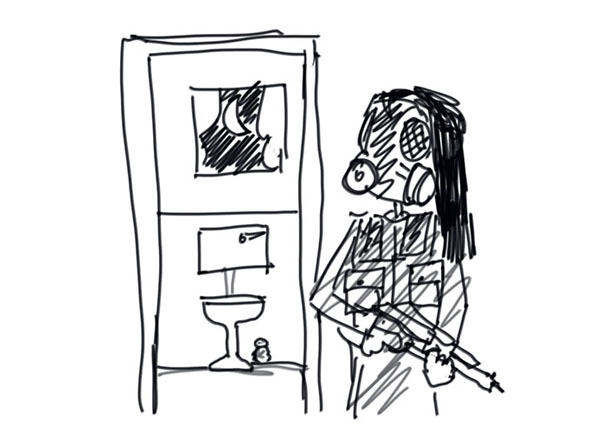 But that’s another story.

(My wife insisted that I tell you, she didn’t try to kill him with a M16 assault rifle and she was the only one that loved him and cleaned him out.)

Just a word of warning though. I think Humphrey faked his own death, it looked too staged to me, curled up all cute in his cage. I think he’s still out there, destroying homes and leaving wives in tatters

Be vigilant and I really hope you have a humphrey-free weekend.