I’m sure you haven’t seen enough of the Queen just yet, so here she is again.

And yes, she’s wearing a Skwiggles t-shirt. I know, it was quite a shock when I saw the Windsor Castle address on an order, and then she sent this photo for the gallery.

Thanks Your Majesty, you’re the best, and here’s our new logo

If you’re wondering, there’s a slight chance I might’ve got carried away with photoshop and an inflated sense of self-worth.

Nevertheless, this is what I think – we need more Queen-related stuff right now.

So, in an attempt to join in the jubilee fun, I did five minutes of research into the Queen’s funniest moments, and on several websites this was voted the most hilarious.

Before I start, get a needle and thread ready for your sides. 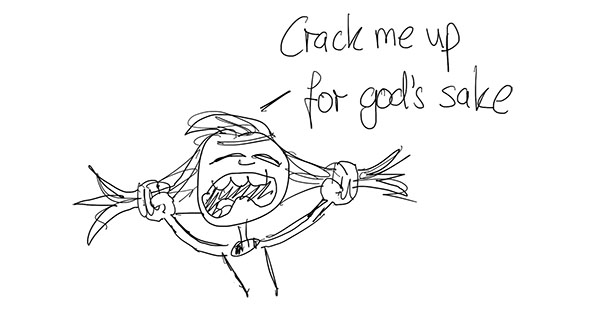 …she got a knife stuck in the cake. 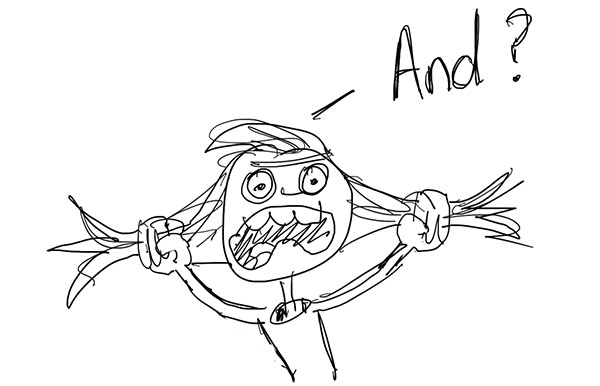 She got a knife stuck in a cake.

The laughter in the room would’ve delighted Mickey Flanagan. And there wasn’t even a:
‘Well, that wasn’t a piece of cake’ or
‘Now I’m in tiers’ or…

But I couldn’t let this be the Queen’s funniest public moment, surely there was something more. So I dug deeper and invested another hour of my life in painstaking research. 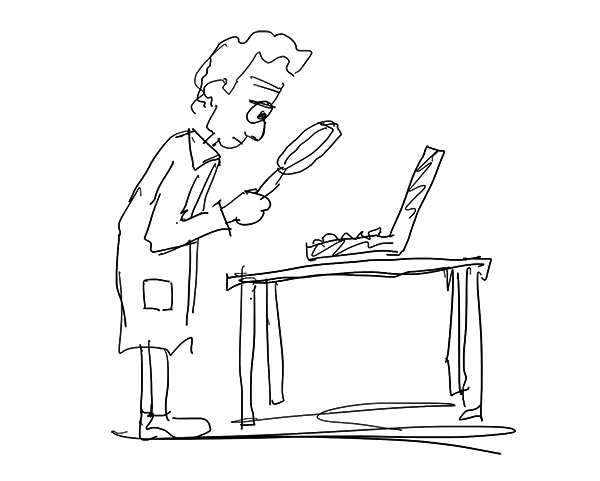 It’s a laptop, you idiot.

And I think I’ve found it.

The Queen was being interviewed by some very posh BBC guy at a posh function somewhere posh. 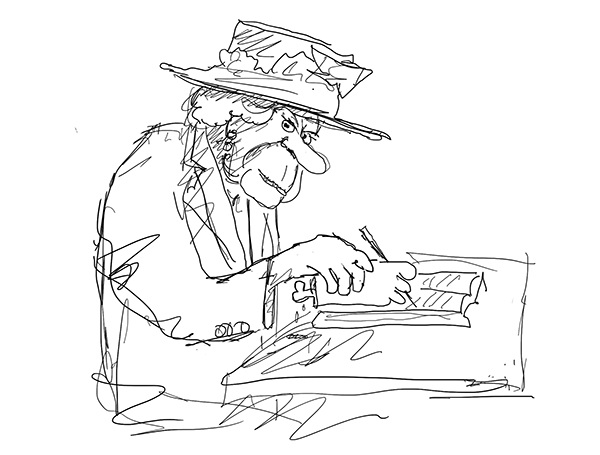 Here’s another – some protestor threw eggs at the Queen on a walkabout one afternoon. When asked about the incident, she said:

‘I preferred my eggs for breakfast.’

On Trump’s visit to the UK, the Queen wore a Burmese tiara that protects the wearer against evil. 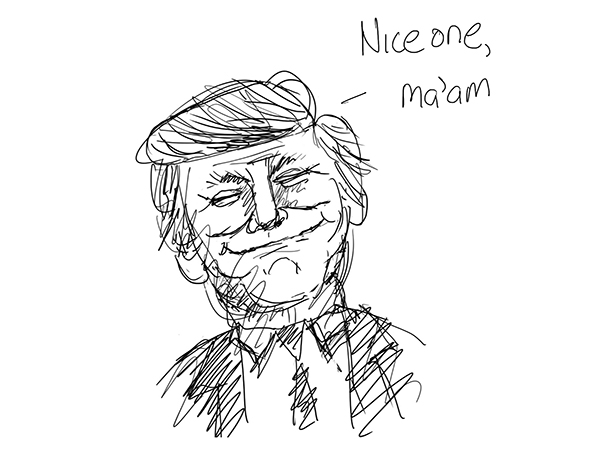 The Queen: ‘Not far enough.’

Not sure you know this, but instead of 70 years on the throne, this could’ve easily been the shortest reign ever.

At her Coronation, she said her crown was so heavy, if she looked down anytime during the ceremony her neck would’ve broken.

What if there was a prankster in the congregation. 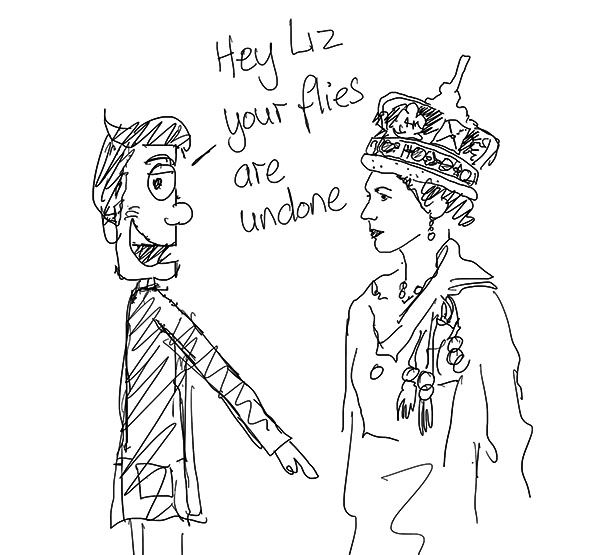 If someone said to me: put this on your bonse, but don’t lean forward or you’ll break your neck, I would insist on the following ppe to prevent my untimely death. 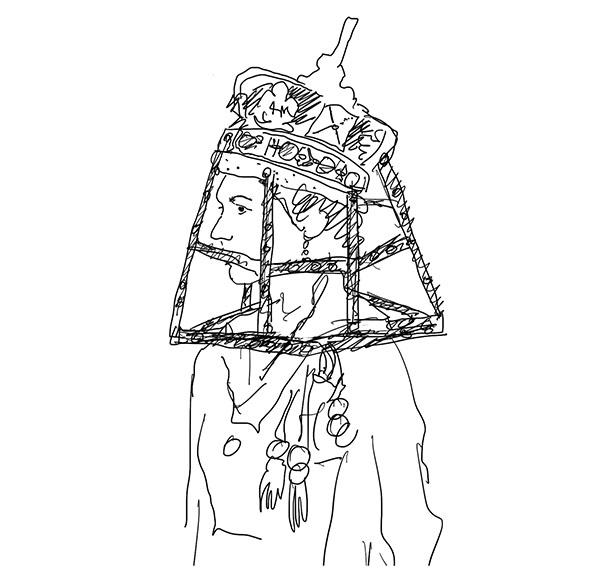 I got bored with the research at this point. I like the Queen but there’s only so many videos you can watch of her revealing plaques and waving that wave to people in Union Jack hats. There just hasn’t been that many funny, caught-on-camera, things happen to her.

Luckily for me, the Queen had a comedy side-kick who was an absolute genius 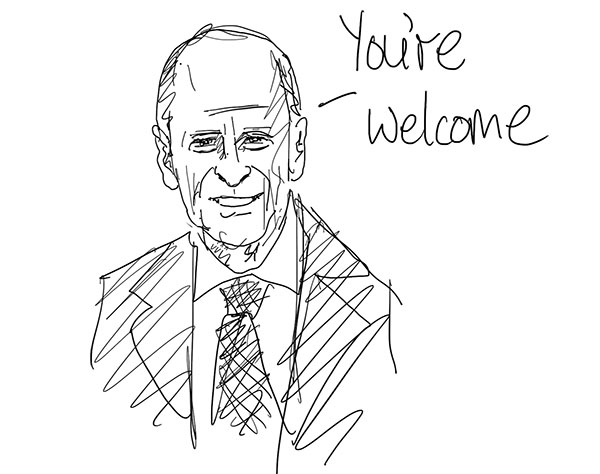 So thank you Prince Philip for saving this newsletter, here he is in action.

In Canada, cutting a ribbon: ‘I declare this thing open, whatever it is.”
During the 1981 recession: ‘Everybody was saying we must have more leisure. Now they are complaining they are unemployed.’
To a 13-year-old boy in Salford who said he wanted to go into space: ‘You’re too fat to be an astronaut.’ 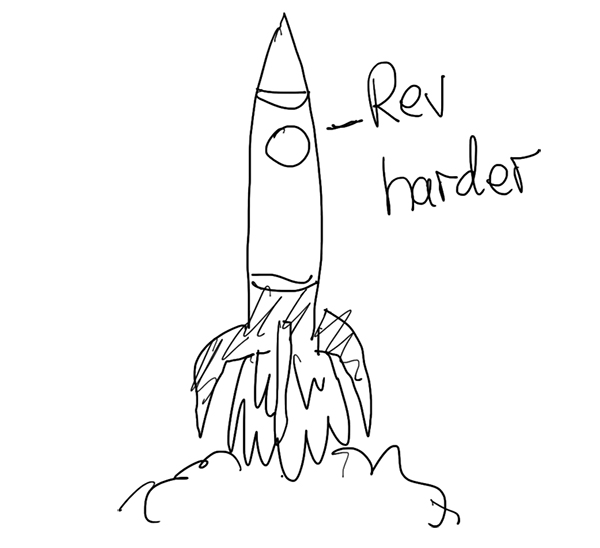 To a young deaf person standing next to the school’s steel band: ‘Deaf? If you are near there, no wonder you are deaf’
To a driving instructor in Oban, Scotland: ‘How do you keep the natives off the booze long enough to get them through the test?’

Enjoy the jubilee everyone, except you republicans, you get back to work.

I’m off to drink beer on the street this afternoon, make a fool of myself with complete strangers. 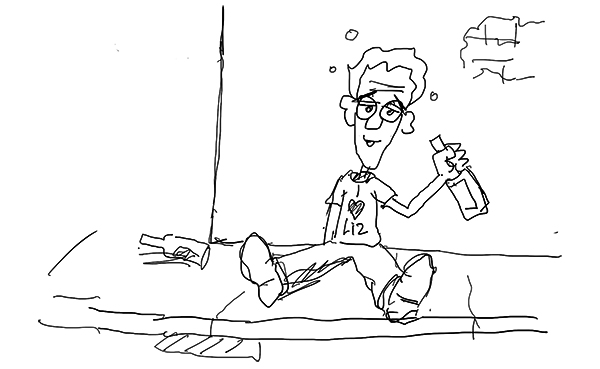 It’s not a street party, that’s what I do every Friday.

Have a great bank holiday and here’s to the next 70.