In lockdown, I decided to do what every other man decided to do and see what type of beard I could actually grow. Diane isn’t a big fan, but this is what I promised her. 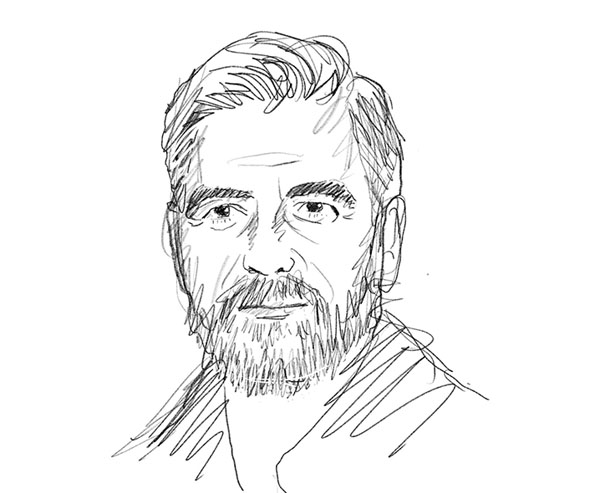 I’ve let it grow for about a week before, then she called in her lawyers and they slapped a compulsory shaving injunction on me. So this time, I was professional and I put together a slick presentation.

I’ve watched The Apprentice, and I know the importance of standing out from the crowd. So I got dressed up. 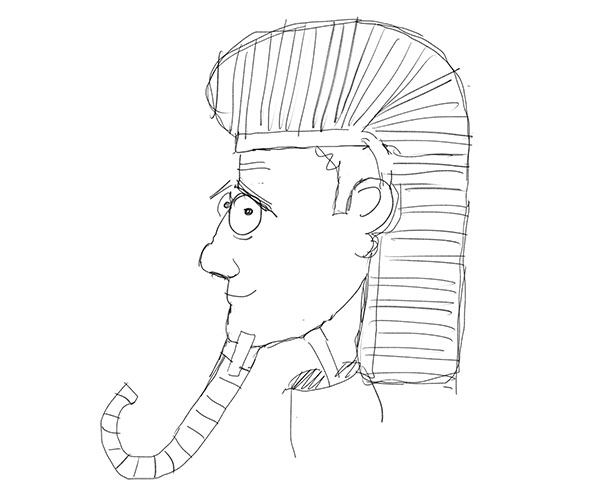 Bunging Norman’s dog bed on my head and taping one of those walking stick things (that fell out of the Christmas decoration box) to my chin clearly demonstrates why the Egyptian beard was revered. Pharaohs had beards because they gave the wearer god-like qualities. Thor has a beard, Zeus has a beard. God, for god’s sake, has a beard.

Hence, if you have a beard you look like a god. 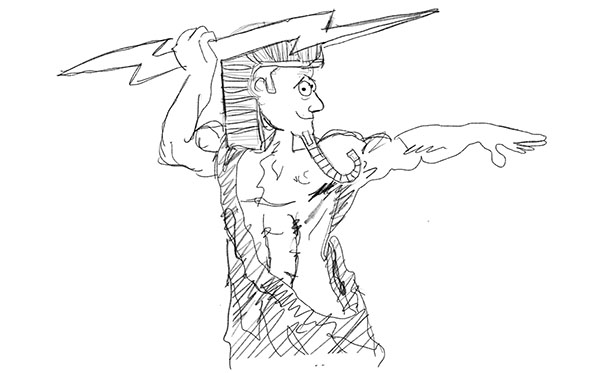 It was a great start. I could tell Diane was impressed, by the deep sigh and shake of the head.

Then I went scientific. 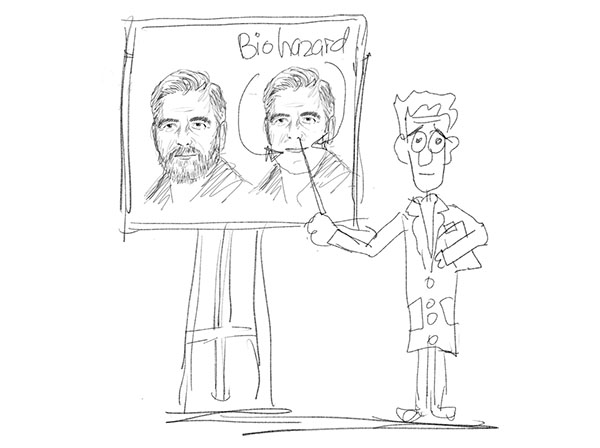 If I want to stick that pointer up George’s nose I will, it’s my drawing and, as it clearly shows, he’s a bio-hazard. 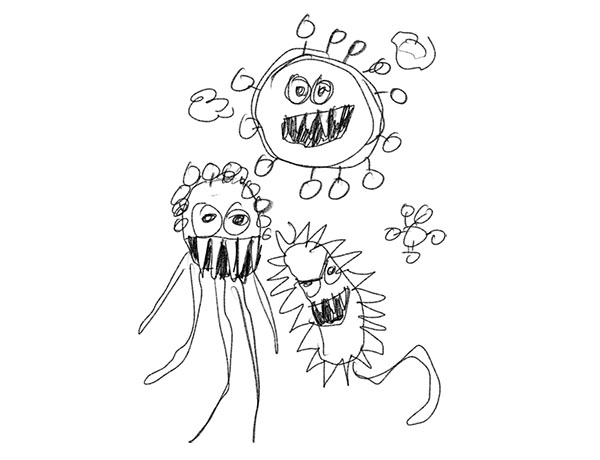 The act of shaving causes tiny abrasions in the skin which these guys love to live in, and worse, multiply in. 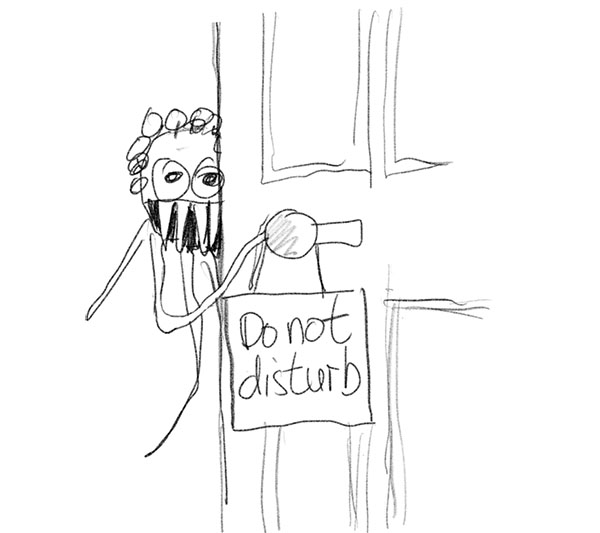 Even better for the beard, a beard contains microbes that kill nasty bacteria. I talked to several scientists about this and read The Lancet from cover to cover and this is how it works 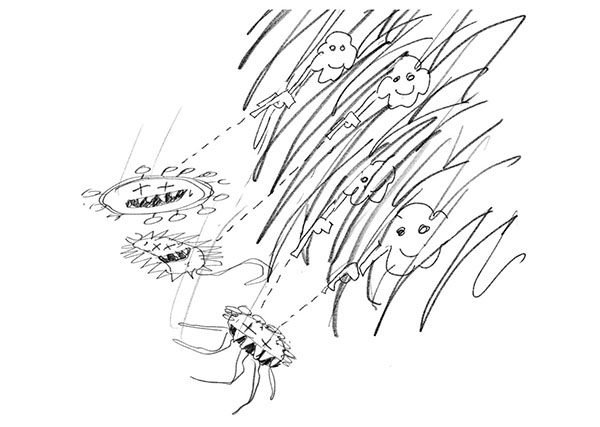 Your antibacterial chin fuzz could be used against meningitis or scarlet fever or a thousand other bacterial infections. 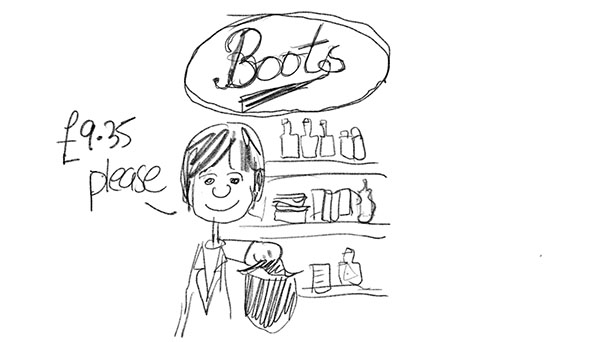 In short, your beard will protect you, making it extremely dangerous and foolish not to have one.

I moved to the closing statement.

‘In conclusion, my gorgeousness, I’m not going to shave because this will bestow upon me god-like status, immunity from a billion illnesses and unlimited riches, is that okay my vision of loveliness?

Diane: ‘In that case, my big hunk of beardy manliness, I would be overjoyed to see that scrumptious fuzz everyday.’

Is what I hoped for. 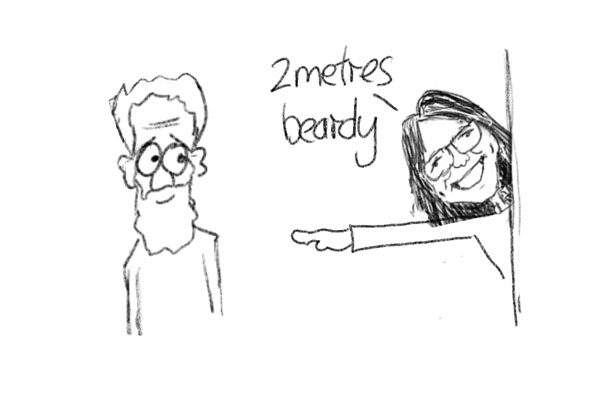 God-like status, good health and amazing wealth have yet to be achieved.

The fact that Diane isn’t too keen on beards, is a bit surprising when I show you a selfie she sent me the other day. 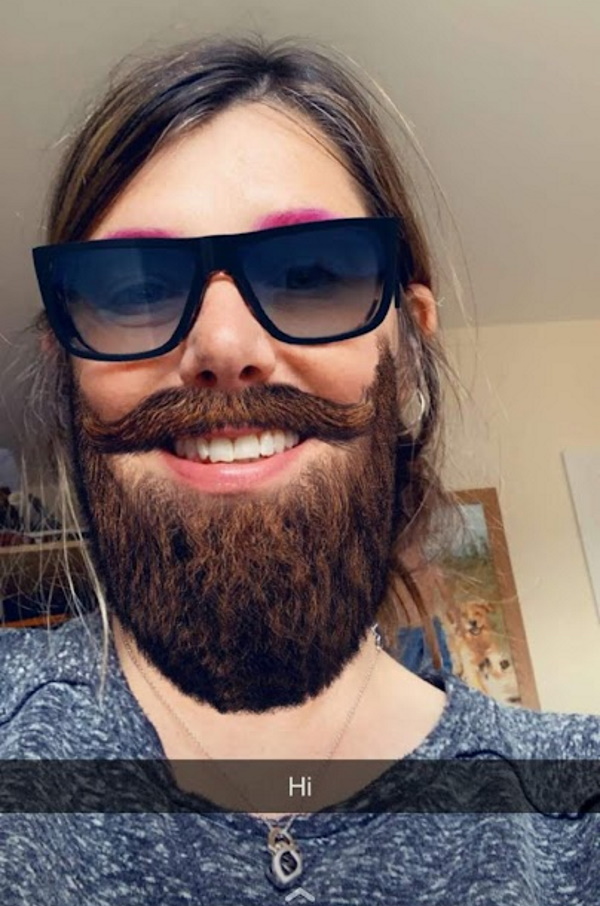 I think she’s scared of competition.