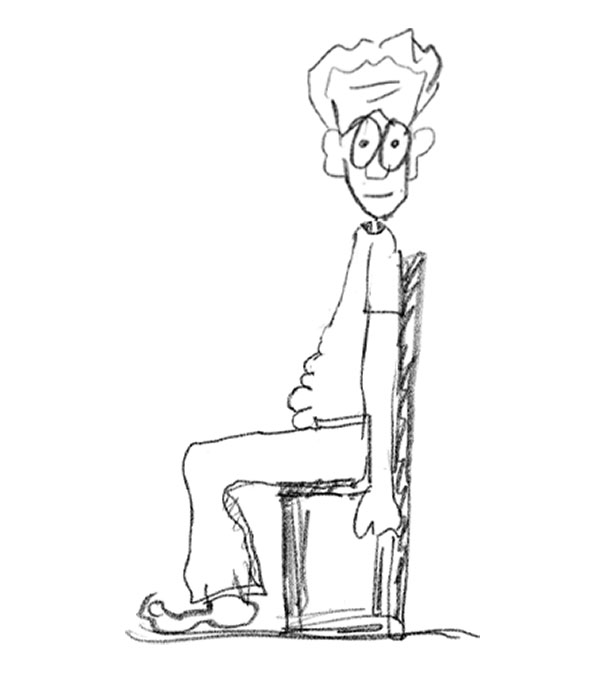 By the way, I don’t normally sit with my arms like that, because that would be strange.

I was 20 odd and at a water park in Spain with Diane. I was also braver back then or maybe still trying to be impressive, we weren’t married. 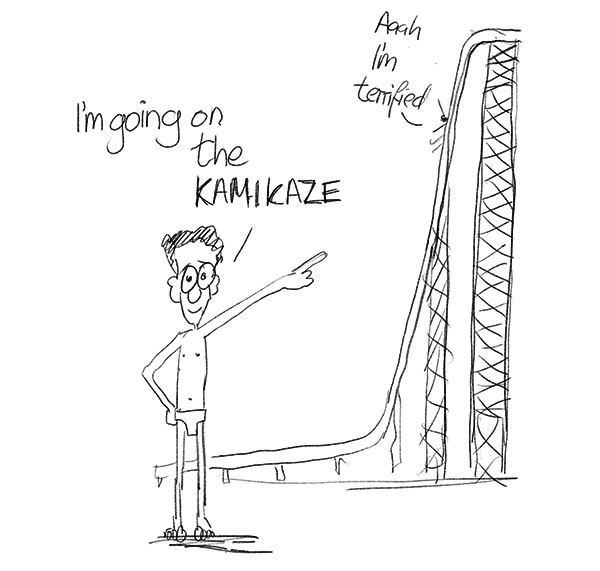 I strode off like Thor going into battle, only very pale and thin.

When I got to the top of the kamikaze, I could see the circumference of the earth. 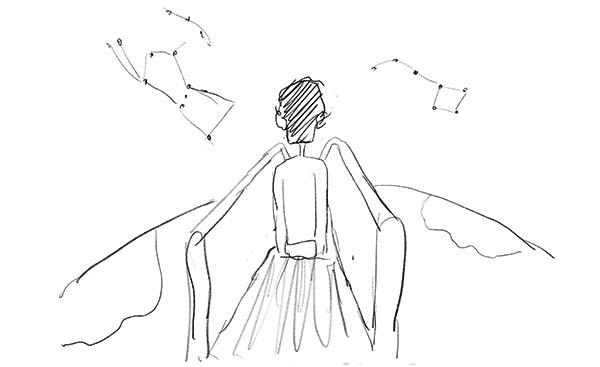 The edge dropped off in front of me and like many other times in my life, I thought maybe this wasn’t my best idea. Diane was sunbathing below on the earth’s surface, so I waved as if I wasn’t about to cry.

‘Mover idiota’ said the tanned Spaniard and blew his whistle, gesturing aggressively with his arms. 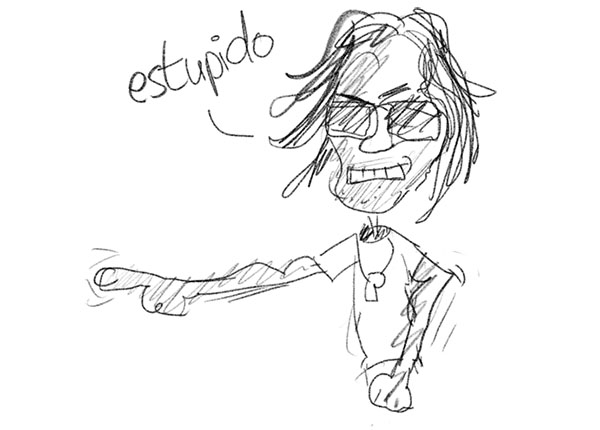 I’m not fluent but I think he was being supportive.

I clenched and pushed off and disappear over the precipice, never to be seen…

Wait, you know what, it wasn’t that bad and I actually enjoyed it. And got a free colonic irrigation, so it was all good. I adjusted my speedos back into position and gestured to Diane, I was going again 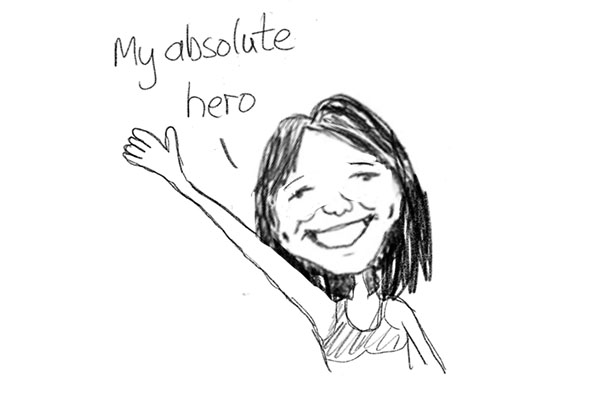 I think I heard her say from three pools away.

Everyone was having a great time on my walk back up. It was a lovely day, people were having fun and having a laugh.

It was a popular ride, there were quite a few people behind me, but I wasn’t going to hold anyone up this time, now I was an expert. They were having a right laugh, which was good to hear. I glanced back and there was even more now, all paid-up members of the laugh-out-loud society. What a fab day

Half way up it was like there was a Mickey Flanagan gig behind me. 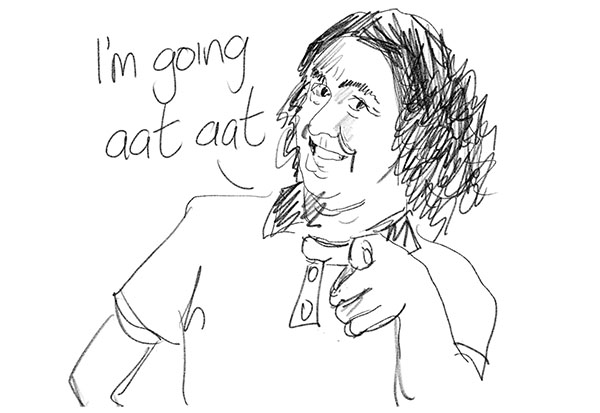 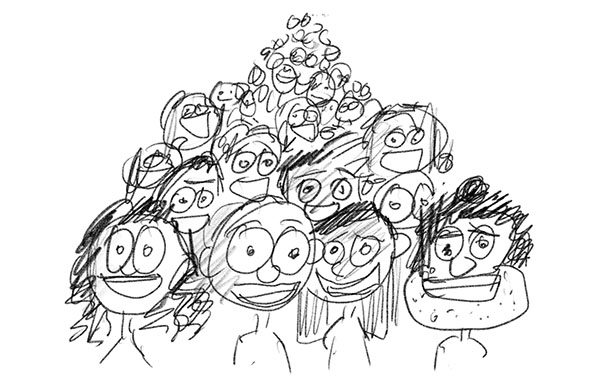 They stopped laughing when I turned but were still grinning enthusiastically.

And the uneasy breeze came again. I decided to adjust my speedos around the stern region, fearing there may have been a wedge situation. I reached around casually as if there was maybe a slight itch but nothing major to worry about, no big deal, and my hand touched flesh where speedo should’ve been. I stopped and the Mickey Flanagan crowd did this. 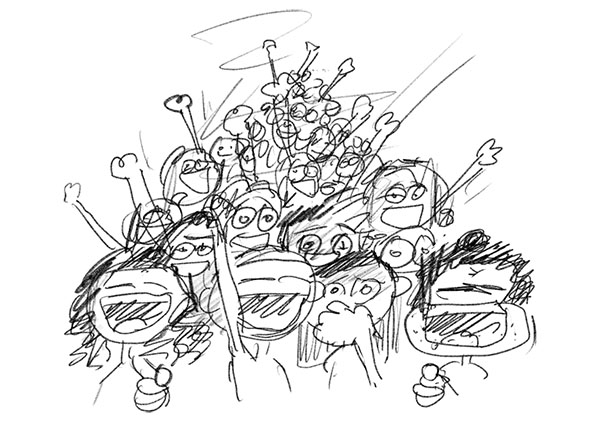 Down the Kamakazi, the speedos had split from the waistband all the way under and expanded sideways to allow my bumpty plenty of room to stick right out. Here’s a PG-rated drawing 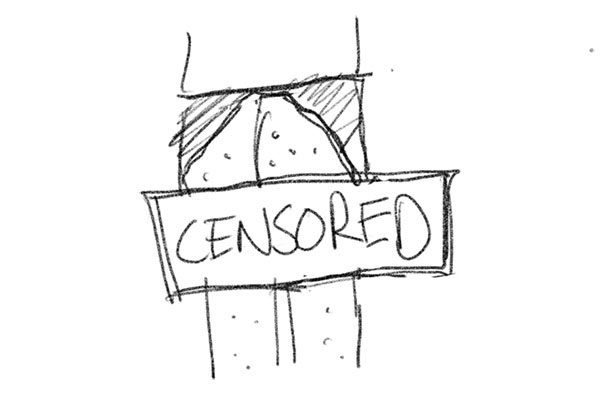 I was displaying my assets. That reminds me, we’re still selling the Keith Moon t shirts.

As far as I could tell, at this point there were two options. I could’ve bowed and taken the applause but I was too scared the rip would rip round the front and the whole thing would twang off into a palm tree.

So I went for the second option: a weak smile, followed by sudden sporadic running through some yucca and cacti, and a desperate, butt-holding leap into a pool. 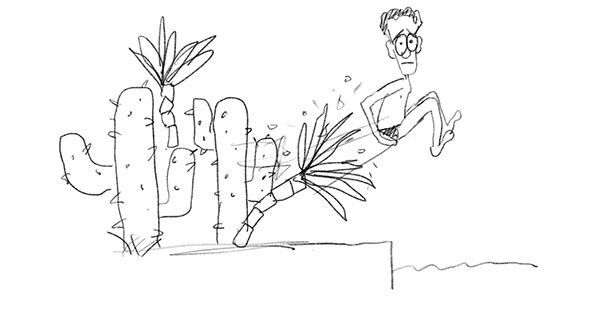 I knew the Mickey Flanagan’s would love that. And they did.

My bottom didn’t know it right then, but that was its peak. It never got that much attention ever again. You’ll be glad to know, for future newsletters.

I made it back to Diane via ten palm trees, three swimming pools, and a crazy river, all the while avoiding perverts with swimming goggles.

‘Seemed quite busy over by the kamikaze,’ she said.
‘Yes, it was my sweet. Could you hand me my shorts, please, and can we go.’
‘Why? And what are you doing in those bushes?’
‘I will explain later.’

Thank the lord my speedo and kamikaze days are over.