I have a real-life Christmas story for you this week. It happened when we lived in Idaho Falls, USA and involved a cold winters night, a guiding star and an ass. Here’s a sketch of all three. 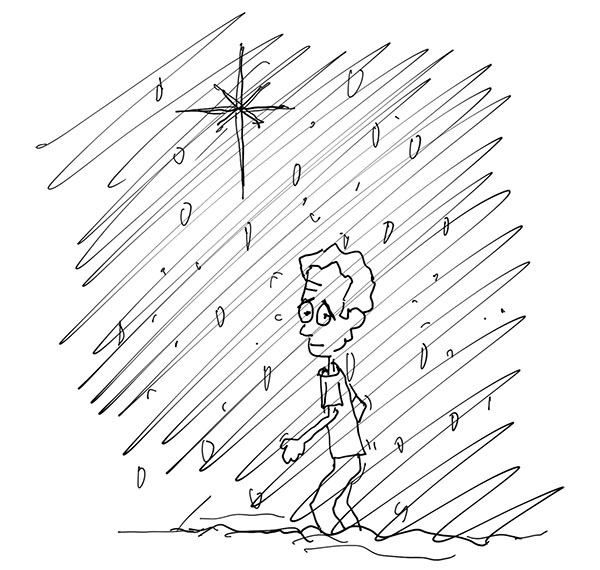 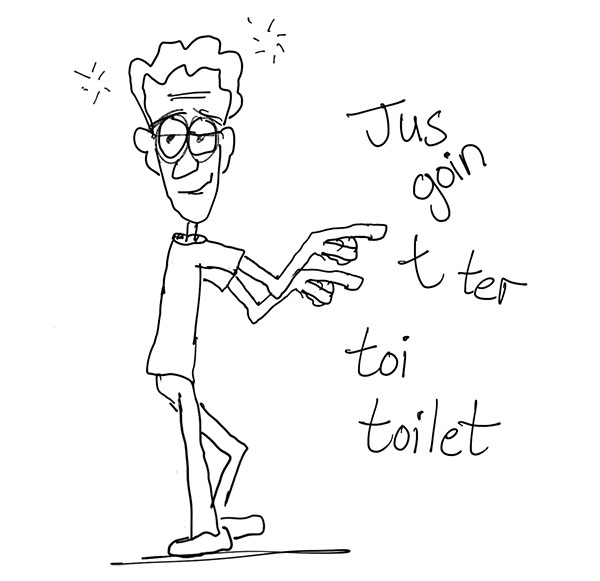 I don’t go to the toilet, I stagger off into the night without telling anyone. This is a safety mechanism for when my alcohol gauge goes

I guessed a direction and headed through the pub car park. Even though I was befuddled, I will always remember the guy in the pick-up truck. I vaguely knew him, he’d also been playing Fuzzy Duck, and now he was sitting in his pick-up repeatedly slamming the pick-up door. 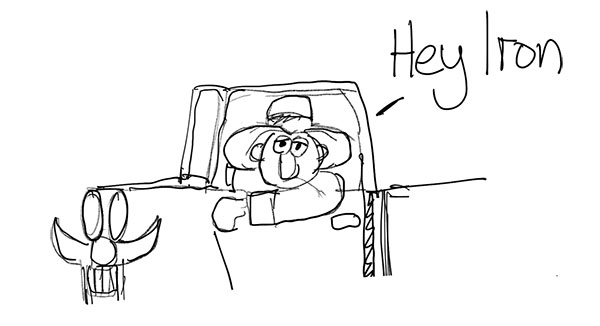 They called me Iron when I lived over there, no matter how many times I said it was pronounced E-an.
‘Can’t get this goddam door to cotton-picking shut properly,’ he said.
Slam.
Slam.
Just to prove it.
As you know, my dial was at Stupid Idiot, but even I was able to work out his complex problem.
‘Your leg is hanging out of the door.’
‘What?’ 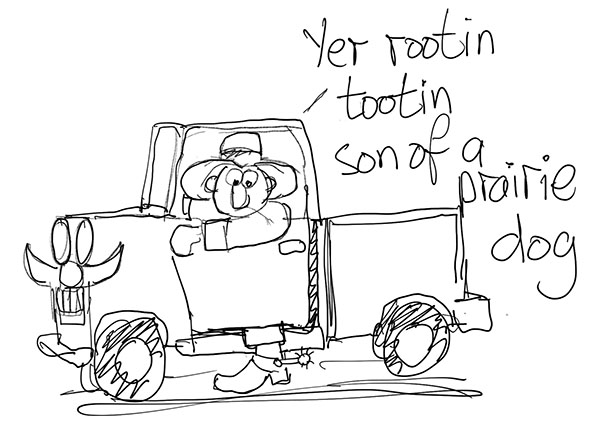 He slammed it on his ankle one more time just to make sure I wasn’t lying.
‘Goddamit, thanks Iron.’ He dragged his leg into the truck, shut the door easily and drove off. Yes, you heard me right, he drove off.

Feeling cleverer I continued down the road. 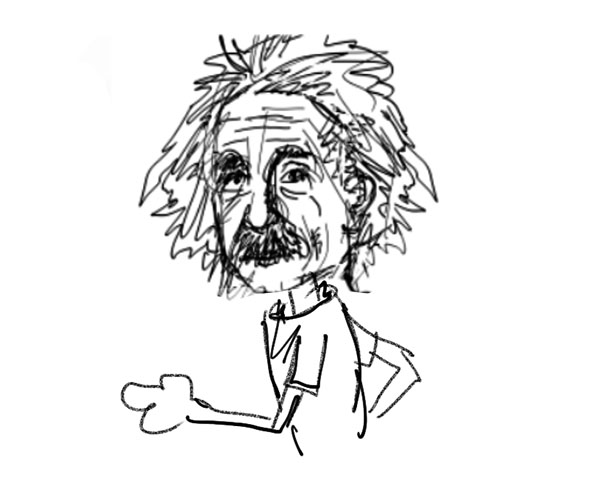 And then a few thoughts started to form:

In easy-peasy world, I’d simply walked back to the pub and phoned a taxi, but I was in  fuzzy-duck world. 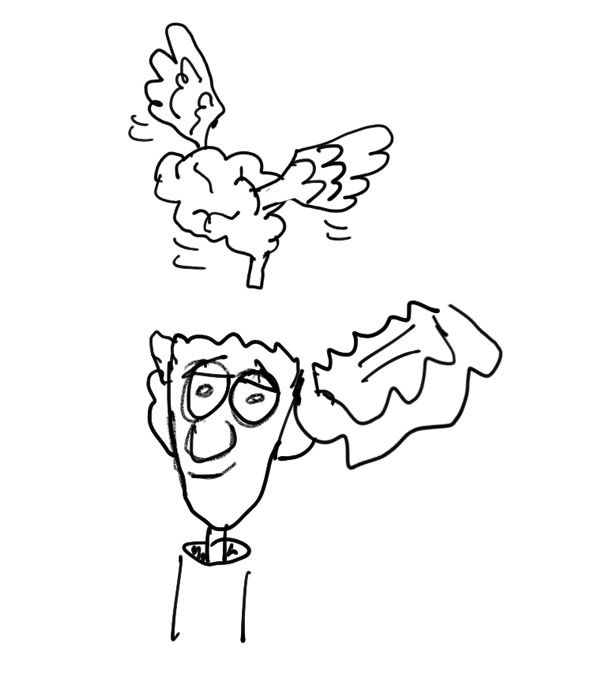 Uncontrollable shivering stopped being fun about the same time the cotton fibres of my t-shirt solidified and my jeans wouldn’t bend at the knee. If I really wanted to I could’ve snapped off my toes and not felt a thing, but I didn’t think that would be good for my future mental health.

Then I saw it.

A star in the sky to guide me.

I followed it for 40 days and 40 nights, which in the real world was about 7 minutes, but it felt longer. And then I knew I was saved.

The star wasn’t a star, it was a light on the spire of a church.

The Lord had saved me. Me mam will be happy with this bit. All those prayers she’s said over the years, to save my failed catholic soul, all came to fruition on that cold Christmas night.

This took place 20 years ago, before people started nicking stuff from churches, so the doors were open. I pushed inside, into the warmth, and there was Jesus in his manger.

I checked my pockets for any spare gold, frankincense or even a little bit myrrh that I usually have in case I need to embalm someone. Nothing. Joseph looked annoyed.

Sorry Joesph and sorry mam for the immaculate conception comment.

I curled up in front of the manger and fell into a fitful sleep, and all through the church not a creature was stirring. While I slept, I had a dream about an angel coming down from heaven. A gorgeous spirit who descended upon the church to save me.

It turns out Diane was supposed to pick me up from the pub, but when I wasn’t there she drove along the road back to our house and stopped at the only place that looked open.

The real miracle was – she didn’t leave me there.

Just to let you know the drunk pick-up guy made it home. I saw him a few days later at work. He was limping down the corridor and I enquired about his cotton-pickin’ leg. He didn’t know why it was hurting so much. 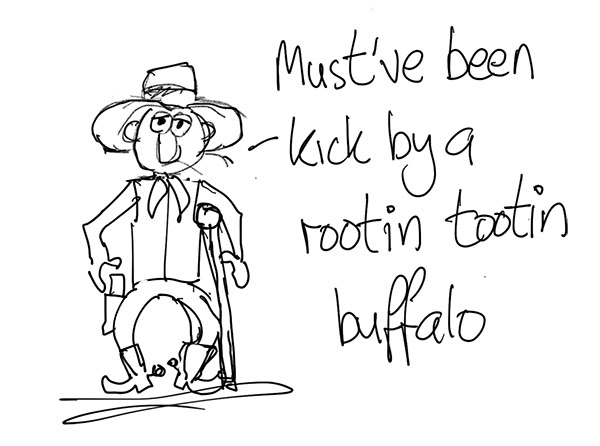 I left it at that.

The unofficial drink driving laws in Idaho Falls were simple – if it’s a straight road home, drink as much as you goddam can.

Additional Info: There isn’t a single bend in Idaho Falls.

Although they did introduce a roundabout on one road when I was there, and no-one knew what in tarnation to do with it. I drove through most mornings on the way to work, it was always busy. 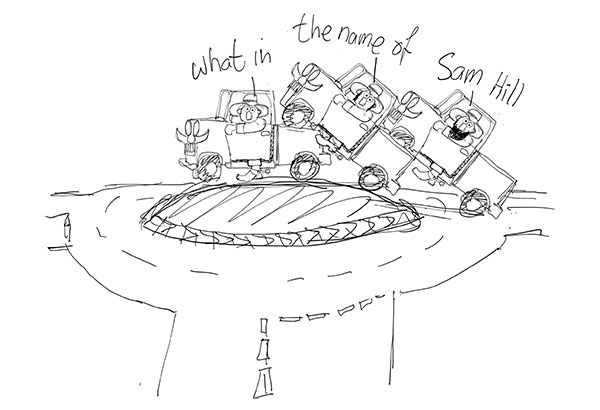