Not sure about you, but getting battered by big kids in the 1970s was just one of life’s little irritations. 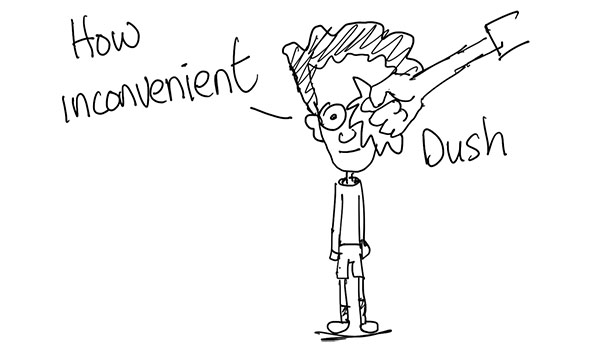 You may say, well that sketch isn’t to scale, look at the size of his head compared to his body, but I assure you it’s the correct proportions, I took a long time to grow into my head. Some might say it’s still a work in progress.

You may also remember, I wrote an email a while ago saying how I’d only been in two (very pathetic) fights in my life. This is still true because what I’m about to describe, by strict definition, isn’t fighting.

I’ve highlighted the important bit. Getting battered by big kids isn’t a two-way interaction, they punch you and you say ouch.

On the disused railway line 1973, cycling back to my house:
Big Kid: ‘Hey you, give me a backie up the line.’ 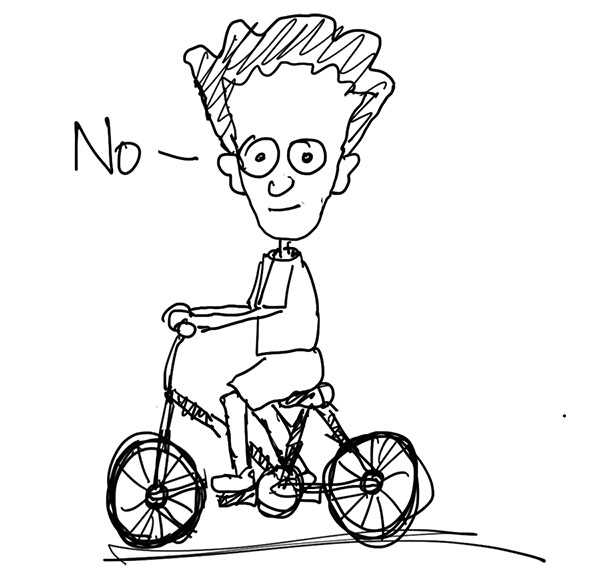 The word ‘dush’ in the next few sentences is defined as ‘a series of blows to the head and torso until the big kid was happy to stop.’ 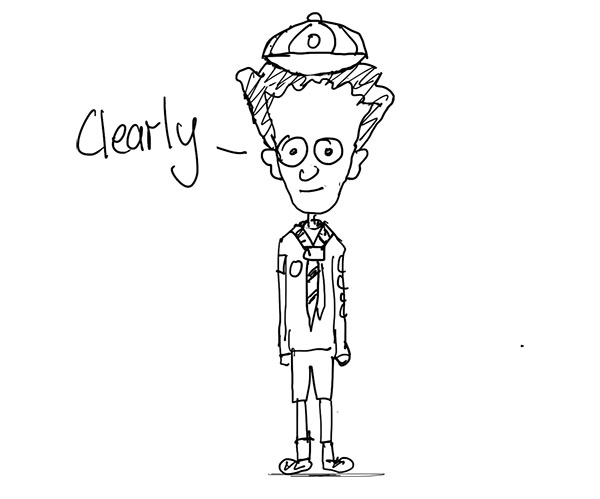 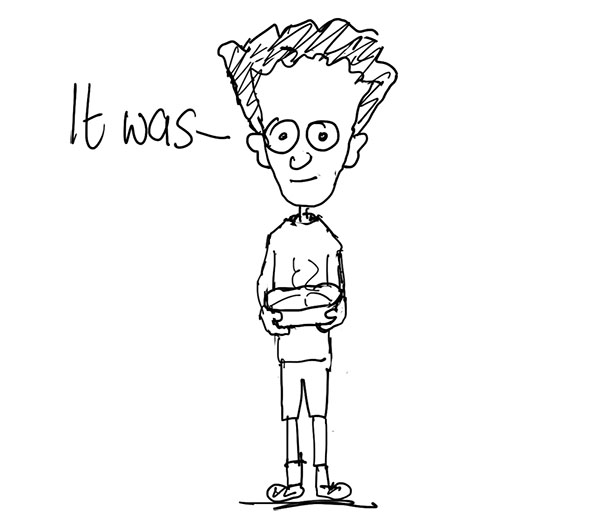 You get the picture. Buses: ‘Are you getting off here? I hate people who get off here.’ Dush. Cinemas: ‘Move that great big napper I can’t see.’ Dush. Restaurants: ‘What’s that shallow flat bottomed container with food in?’ Dish.

There was one Charity event with the cubs, that I remember well. It was a 10 mile sponsored walk for the local hospice, along another disused railway line.

The Cub Leaders didn’t want to spend any more time with us than was absolutely necessary, so they didn’t do the walk. Instead they gave us detailed instructions.
‘Walk down there until you get beaten up, then come back.’ 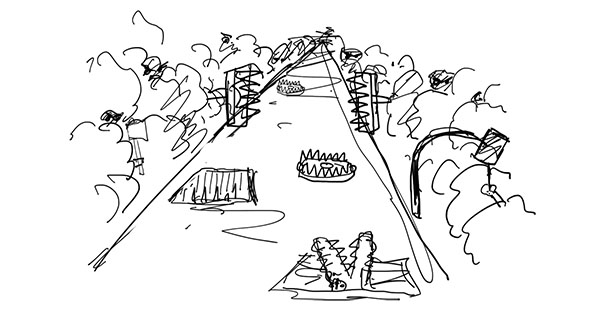 To ensure we did get beaten up, they insisted we wear our cub uniforms. 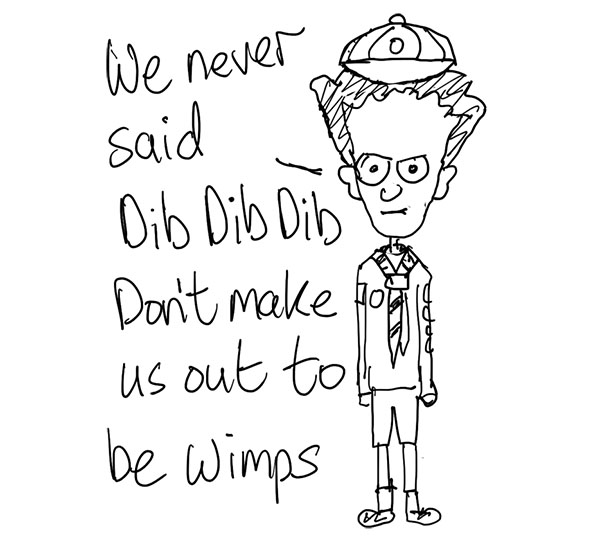 Here’s the series of events that day:
Miles 1- 2: Random stone-throwing from local kids up on the railway line banks. 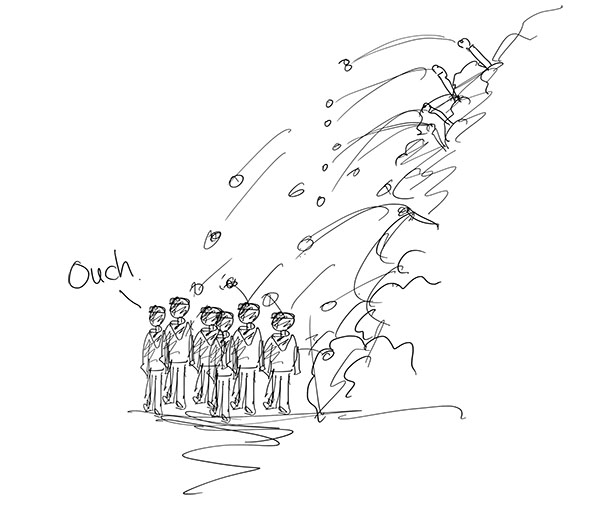 Scaz, on the end, was speaking for us all.

And another point to note, a cub cap and neckerchief aren’t the required PPE for a situation like this. 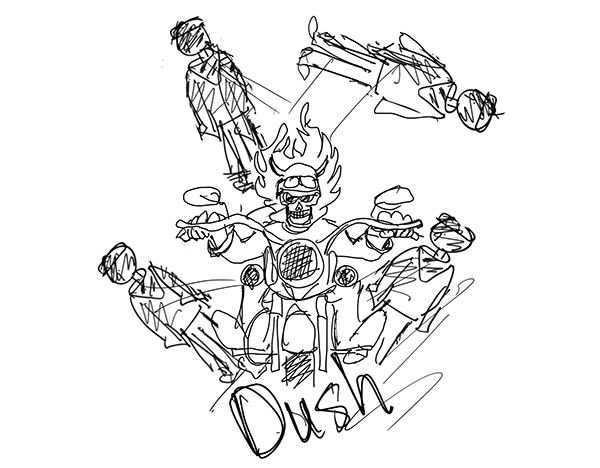 Additional meaning of ‘dush’ – the sound a cub makes when catapulted in the air by a motorbike.

Mile 4 and a half: We turned round, don’t tell the sponsors.

Mile 7: A gang of big kids appeared from a nearby village, and they announce they were going to punch one of us, but how to choose, we were all so punchable. I was selected because I was the tallest. 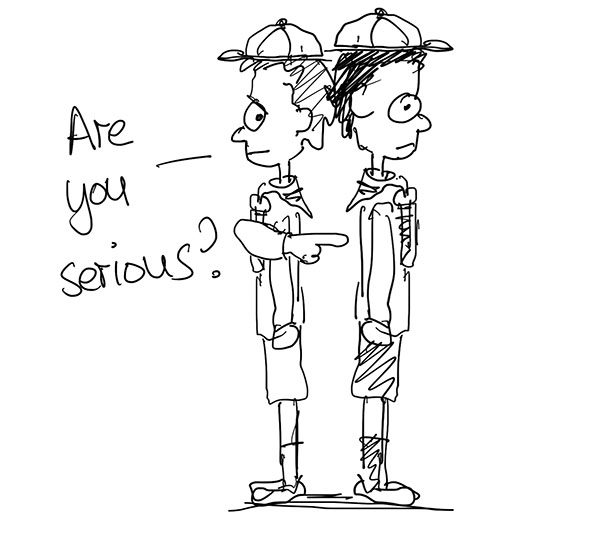 Big D was slightly taller, obviously, it’s in the name. But I ungraciously took one for the team.

Miles 8-10: Guess who was still there on the way back. 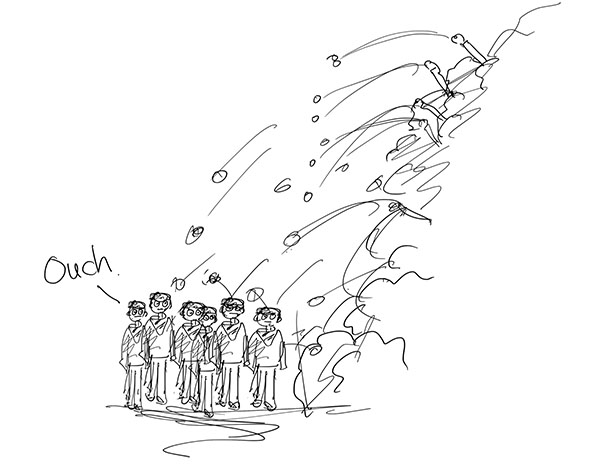 Cub Leader sitting in his car: ‘Did you enjoy that?’
‘In the same way I would enjoy squeezing my head through my woggle.’ 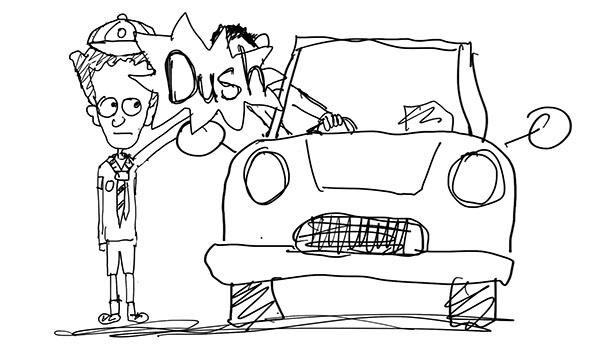 Dush – the sound of me packing in cubs.

The Big Kids are dangerous but there’s another group of kids who are much more dangerous – these people are called ‘Your Friends.’ 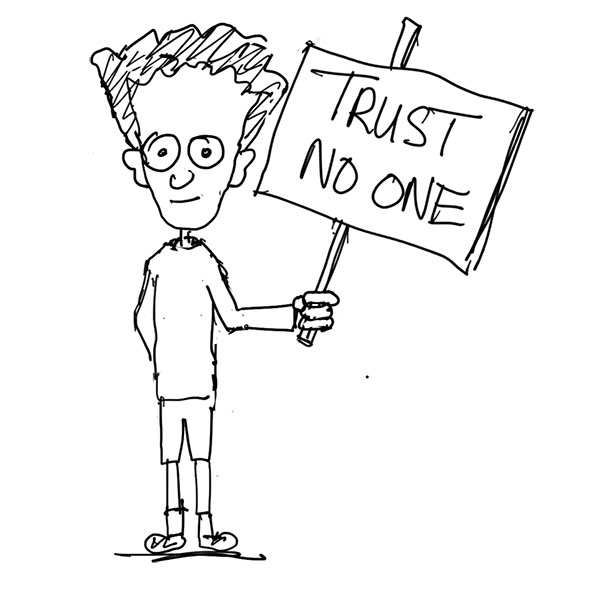 I’ve been knocked out when a ‘friend’ hit me with a golf ball, I broke my arm playing cricket with ‘friends’, I’ve been stabbed with a plastic knife from my Tarzen Adventure Set, punched by my brother playing Subbuteo, and bounced down a lot of streets when so-called ‘friends’ couldn’t steer their bikes properly.

So-called ‘friends’ right of reply: It was your fault with the bike, your head’s massive we couldn’t miss it with a golf ball and you were 19 and still playing with your Tarzen Adventure Set.

See what I mean, trust no one.