I went to see James Bond with a couple of friends this week, no spoilers so don’t worry.

But one thing did disappoint me, one of my friends, Pete, messaged me three days later and he still hadn’t finished his Revels, THREE DAYS. I had the whole packet digested and through the system before the second trailer. Poor performance Pete.

Can you believe I’m showing off about my Revel eating capabilities? Pro tip: handfuls work better.

Now, let’s get serious. I’m a James Bond fan, but I need to discuss Skyfall with you.

Skyfall got 92% on Rotten Tomatoes, but I nearly walked out of the cinema. And I’ve never done that before, well I do at the end when the lights come on. 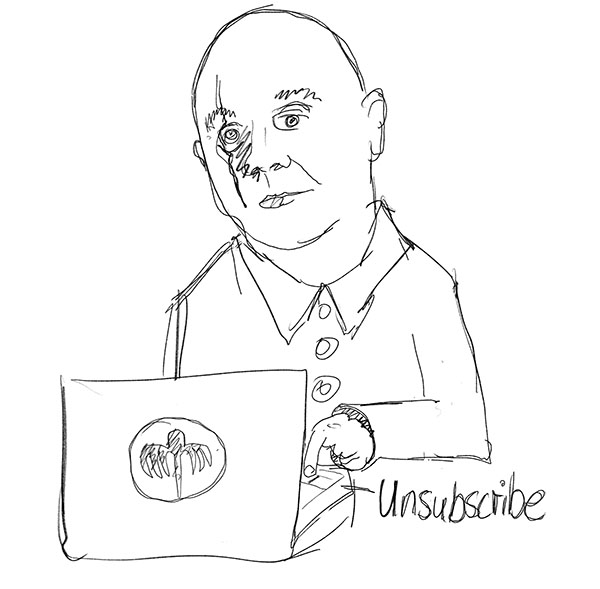 The plot is this: the baddie, Silva, wants to kill M (Judi Dench).

I’m a forgiving person. So I’ve listed below the things I’ve forgiven

Get this for a plan.To kill M, Silva leaked a list of MI6’s undercover operatives to get James Bond to find him, which was convoluted in itself, then Silva allowed himself to get caught and locked up at MI6, knowing the brainiest guy in the world Q would plug Silva’s rubbishy laptop into the computer system of one of the world’s most secure buildings allowing Silva to break out of a cell, because the door didn’t have a lock and was controlled by Alexa or something, and escape down a convenient hatch that came out near the District Line

Sorry about the long sentence. I had to get it down before I unforgave. There’s two sub-points here
One 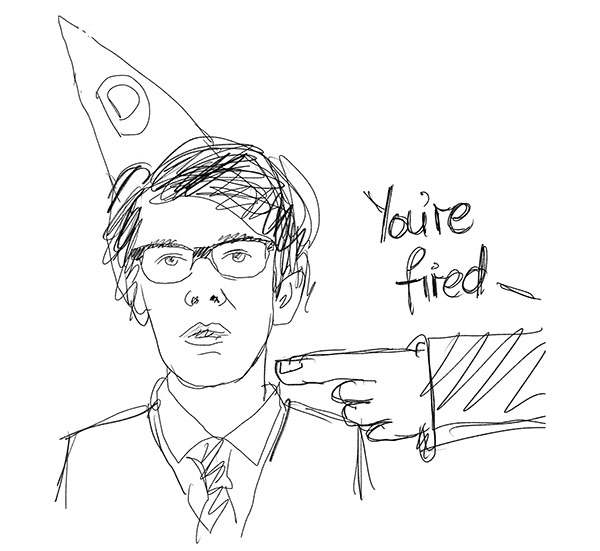 Two. There were ladders just outside the ‘secure’ cell leading to the underground and freedom. They need to be concerted up, I recommend EscapeRouteBlockers.com

So Bond chases Silva, but Silva, now dressed as a policeman, knew this would happen and had previously placed a bomb just under the District Line which he exploded at exactly the right moment for a train to come crashing down through the roof on top of Bond so he could escape.

No probs, so Bond is trapped and Silva carries on to kill M. He knows M is in the courthouse because of the leaked documents earlier, so he piles in there with a few henchmen who have been waiting for him and shoots almost everyone in the courtroom except M. 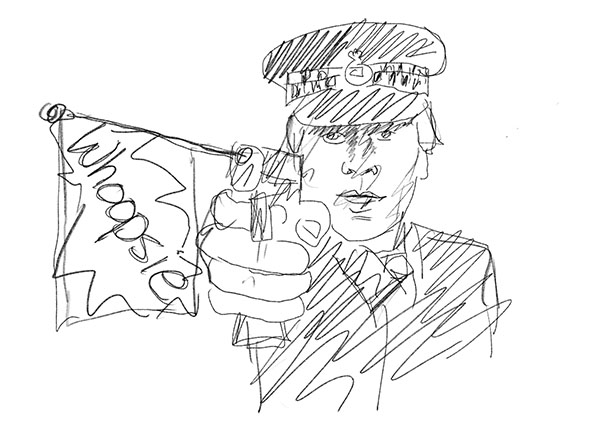 What an absolute cock-up. 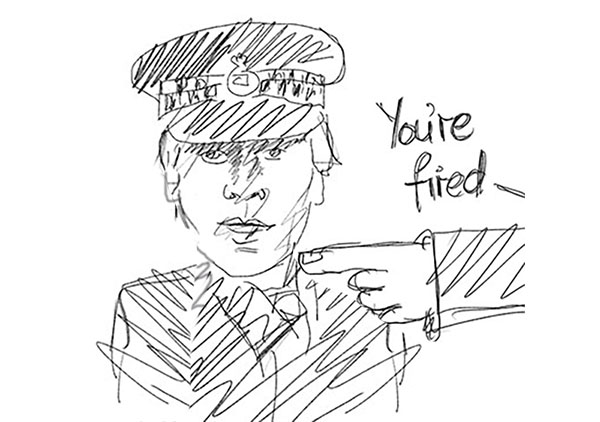 Alan’s been busy today. Silva should never work as a baddie again, anywhere.But like I said, it was action-packed and I’m a forgiving person. So let’s move on.

James and M head off to Skyfall, James’s ancestral home, where it turns into a grown-up version of Home Alone. Fair enough, I like booby traps and Macaulay Culkin,

Sorry, tried to make Daniel look like Macauley there, didn’t quite work out.

Now, this is the moment.

While Silva is blowing up Skyfall, M escapes with the groundkeeper through a secret tunnel. She appears away from the house and away from Silva in a field in the darkness. Look, you can hardly see them

And then a thought popped into my head, an unbelievable thought, a thought that couldn’t possibly happen. M is a super spy, a highly trained individual, an expert in counter-espionage, counter-subversion and counter-terrorism. No, surely not.I spat out my popcorn, sorry person in front, and said to Diane:

‘If a torch goes on now I’m going to kill myself’ (I can be a little bit dramatic myself) ‘She’s safe in the dark, she can walk slowly, crawl just don’t…’

Admittedly it was the groundkeeper that switched on the torch but…

Anyway, Silva standing by the burning house, eyes not adjusted to the dark, sees it out of the corner of his eye and follows in hot pursuit.

The only reason I stayed in the cinema was because I had a little bit of popcorn left. Otherwise, if I was Silva, I would’ve collected up all the straws on the floor, fashioned them into a giant pole and vaulted through the nearest air vent.

Or, if I was being me, I would’ve just walked out.

That is why I don’t like Skyfall and I apologize to the majority of people who absolutely loved it.

I feel bad about slagging Skyfall off now, because it won a BAFTA for Outstanding British Film in 2013, so what do I know. But that explains a few things. Because I discovered M had moved to India that year.

It turns out she had a lot of debt after her husband died and she was living in a dilapidated hotel. I’m not sure how much they pay them at MI6, but the financial pressure, plus the court case and of course the crazed lunatic killer… it must’ve been mentally draining.

Here’s a spy drone image I found of her outside her hotel. 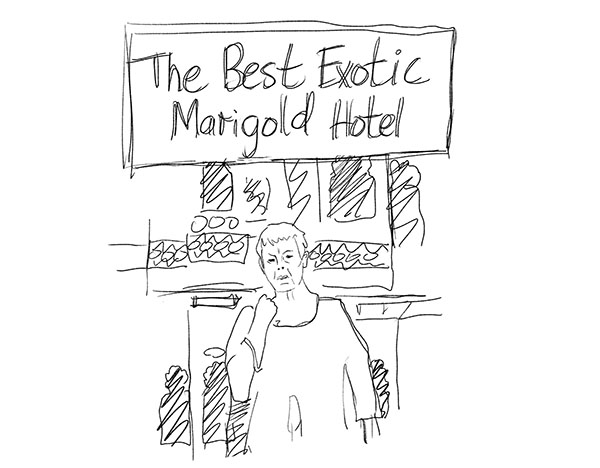 One fatal mistake with a torch… and that was it. I feel ashamed. Poor woman.