I don’t know whether you know this but I’m a World Monopoly Champion.

When I say World, I’m using it in the American way, and it doesn’t really mean the whole world, as in the global entity where we all live, it refers to a region in England, the North of England specifically, near The Lake District, about 12 miles from Carlisle, my house. 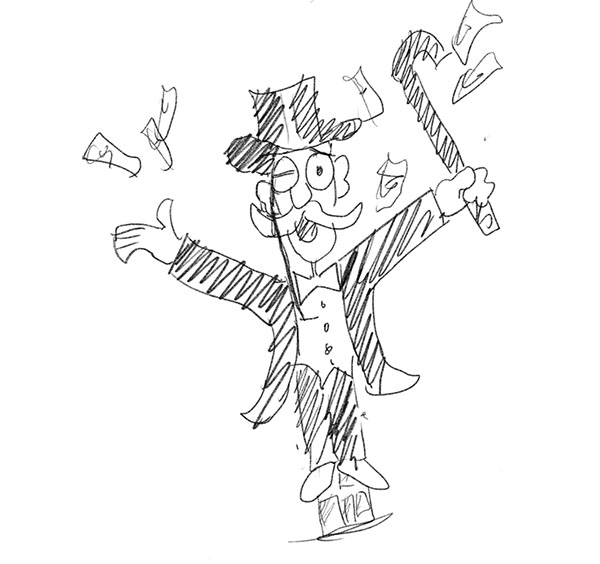 I am the Monopoly Champion of My House. Okay the kitchen, but that time in the living room doesn’t count as a loss, I was tired and I’d had a couple of glasses of wine.

This is for all of you out there who want to claw back a tiny bit of self-respect in a relentlessly undermining universe – using the power of Monopoly.

The key to victory is to relentlessly undermine those thieves who want to take what’s rightfully yours. Look at them. 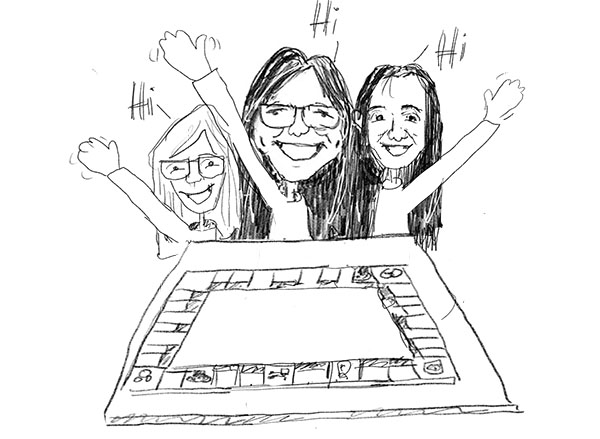 Once you’ve plonked your top hat on GO, it’s all about preventing those robbers stealing from you.

As soon as the first die is thrown, ruining that nice pile of Community Chest cards you spent ages shuffling, it’s time to get to work. Here’s me in action. 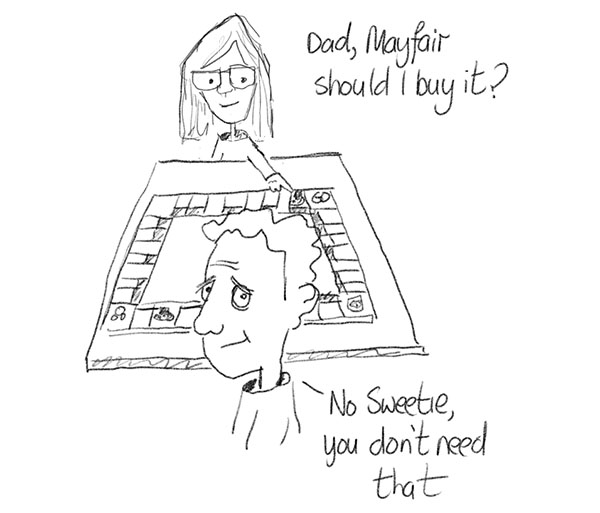 They pretend to not know what they’re doing, but these people will stoop to any depth.

When you get your first purchase, and they’re approaching your property, step it up.

‘Nearly there,’ you can say, with an air of menace. I also recommend rubbing your hands together, ‘throw a seven, and it’s Vine Street and that will be 16 big ones coming my way. 16 sponduliks’ You can throw a few ‘ker-chings’ in there if you want to be even more irritating.

This works better when it’s got three houses and it’s 600 quid, but start early.

When they do land on you, that’s the time to dig deeper into their mental reserves.

‘Look I’ll be nice to you and let you off with the payment because that’s the type of guy I am.’

‘If you give me Bow Street.’ 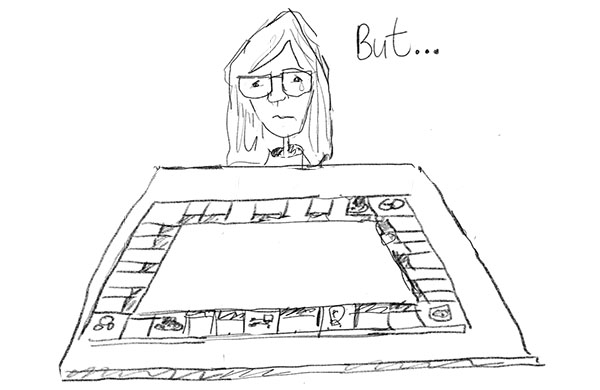 Ignore all this, they are the crooks not you, don’t let them get in your head.

This is what you’re aiming for

Always buy the oranges, Vine, Malborough and Bow, they are the ones most landed on. I’ve done the calculations. Everyone goes to jail several times during the game, and the oranges are the ones they’ll most likely end up on when they get out. Next best is the Reds, for the throw after that, with the added bonus of the ‘Go to Trafalgar Square’ card. Work those percentages.

Whenever you get the opportunity, do this silly palm-stroking thing to remind them you’re winning and they are nothing. 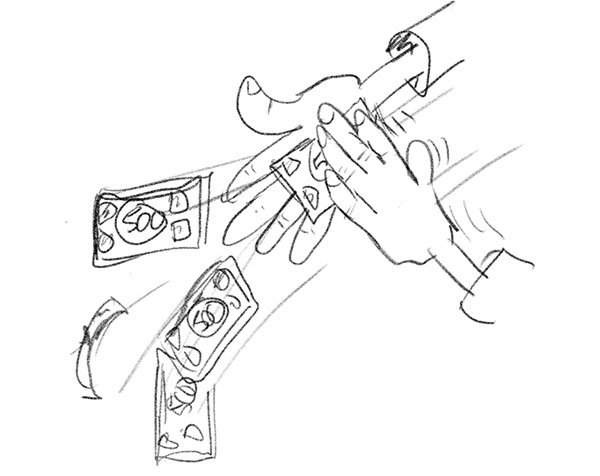 Old Kent Road and Whitechapel with hotels are psychologically damaging because they get their £200 for passing GO and you take it right back off them using an incredibly slappable face like this. 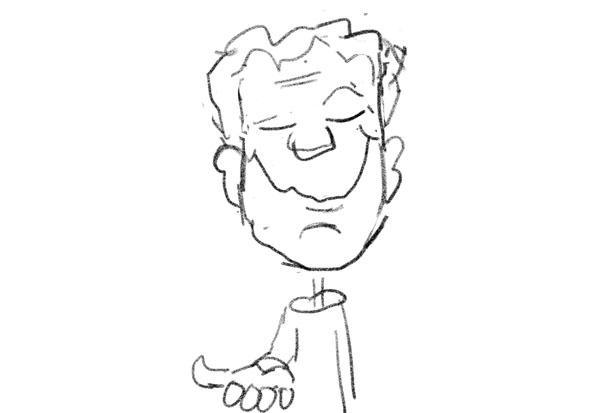 Make sure you extend the smile almost off the side of your face and hold it in position for the duration of the transaction.

Apart from Old Kent Road and Whitechapel, don’t buy hotels, hog all the houses by having three or four on each so no one else can have them. Once you’ve got all these properties, stay in jail for as long as you can because you can still collect rent and you’re just chillin’ with that mean-looking bloke. 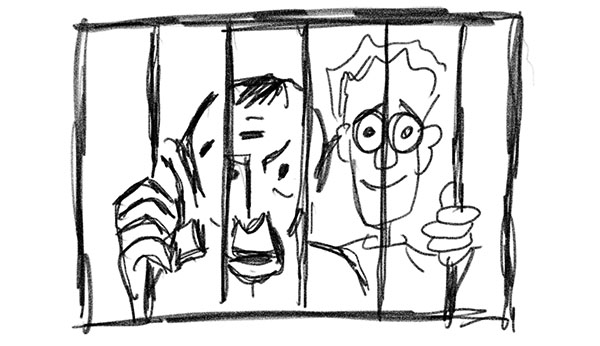 The game is almost won when a chair has been upturned, someone is mumbling words like ‘never again’ and  ‘idiot’, and Diane is shaking her head and wondering whether nearly 30 years of wedded bliss is finally too much.

Soon after this, they all give up and throw their cards and money at me.

And to be honest, I don’t know what’s wrong with them, why are they taking it so seriously? 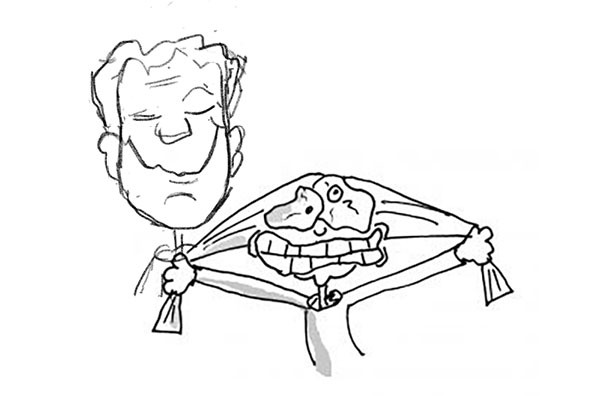 We also play a lot of Scrabble. Unfortunately, my kids are quite good at this. Particularly at the end of the game, slotting their last two letters, which happen to be a ‘Z’ and a ‘A’, onto a vacant ‘P’, right next to a triple word score to claim an unwarranted victory. So that’s cheating.

The most irritating thing is, their expressions when they win 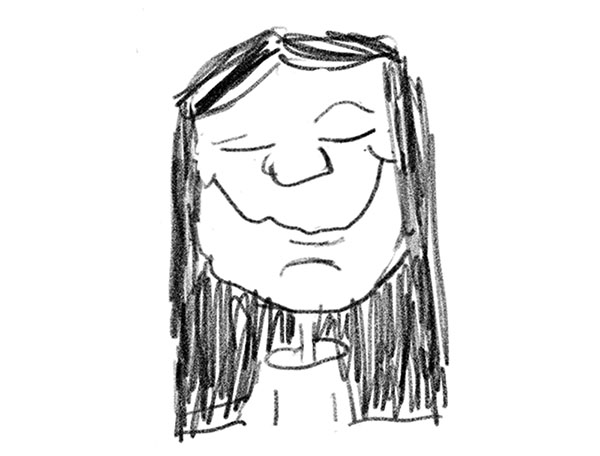 Don’t know where they get that from.