Last Saturday I decided to have a go at being a bouncer. 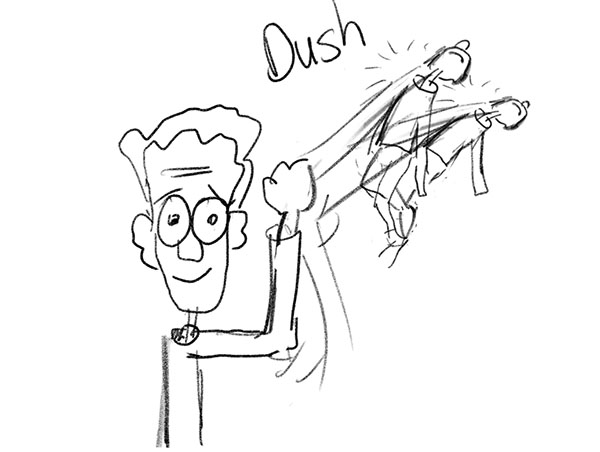 Well, it was sort of forced upon me because the real bouncer didn’t turn up to our daughter’s 18th birthday party at the Rugby Club, and their policy is you need a bouncer.

It turns out it’s quite easy to get a job as a bouncer. The manager approached me and the interview process was quick. She never even asked me when my last fight was (school playground 9 years old) she came up to me and said, grumpily:
‘We might have to shut this party down if there’s no bouncer. Can you make sure there’s no trouble?’

To save the party, I downed my pint of Guinness and started looking for trouble. 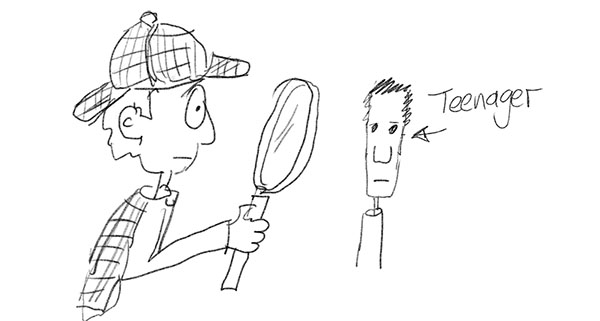 That guy was fine, I just noticed I forgot to draw his ears.

What I did discover was that teenagers need to get a grip. 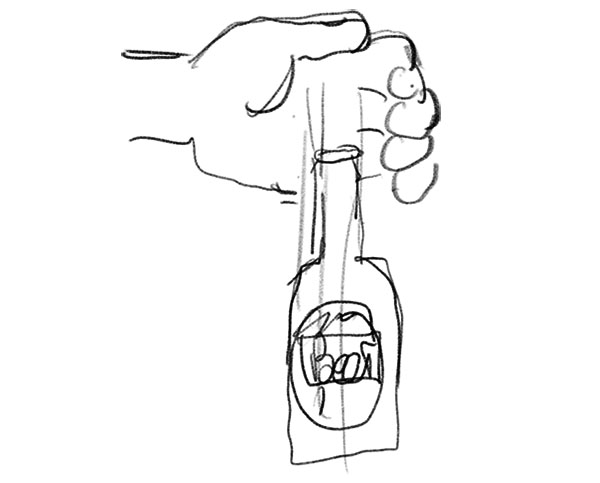 I heard glass smashing and rushed to the scene. Someone had dropped a bottle by the bar. Before I could start criminal proceedings, the manager was at my shoulder.

‘One more broken bottle and that’s it,’ she said, ‘I’m shutting this place down.’
I calmed her with some reassuring words and we cleared the breakage.

Then I spotted girls taking their high heels off and running around in their bare feet. I jumped into action again. I was taking this job very seriously. 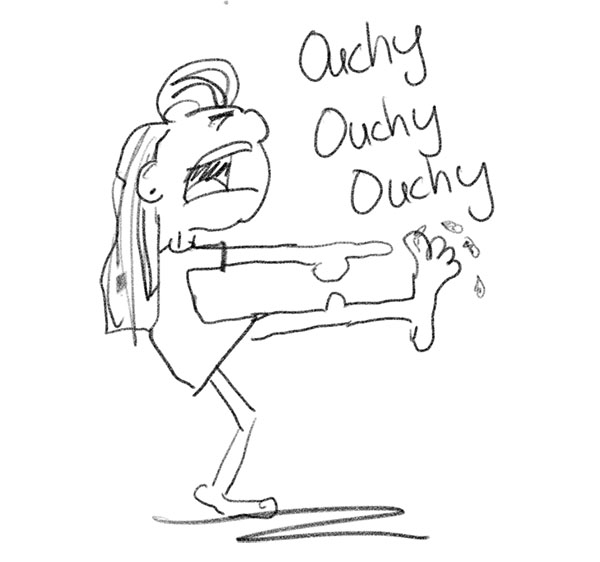 A girl started hopping around with blood pouring out of her foot. Before I could move, I felt a fiery breath on my shoulder.

‘One more injury and we’re shutting this place down,’ said the manager and she threw a first aid kit at me.

Diane went to the girl’s toilet and bandaged up the girl’s foot, I waited outside and heard this from next door. 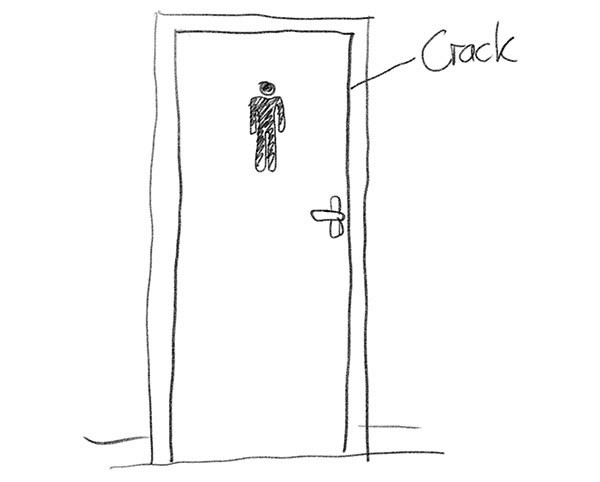 I hate seeing a crack coming out of the men’s toilets.

Someone had broken a toilet seat. In a panic, I tried to rub the toilet seat with my thumbs to fuse it back together Uri Geller style, but before the crack had finished echoing around the urinals, she was there.
‘You’re paying for that and one more toilet seat broken and we’re…
Everyone: 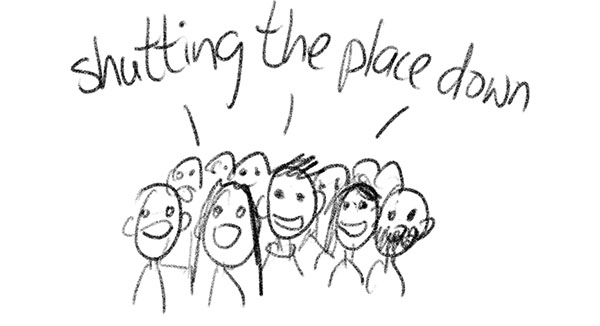 I dived back into the bar catching two Kopparberg bottles and a Bacardi Breezer before they hit the floor.
‘Is that Kopparberg?’ The manager was looming over me, ‘We don’t sell Kopparberg, if anyone else brings their own drinks into this party we’re… ‘

I heard someone retching close by, and before you could say 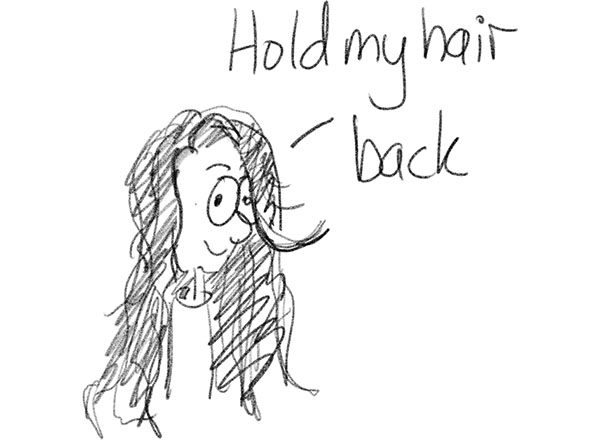 I’d whipped a pint glass off the bar and caught every chunk in it.
‘If anyone is sick on this floor…’

Being a bouncer is a tough job and here’s me thinking you only had to punch people in the face.

When all this was happening, the DJ had gone home. We’d paid him £180 plus a £20 tip and I might as well have put Spotify on. He’d forgotten a woofer or something, which got me wondering how Norman was getting along at home chewing the sofa. 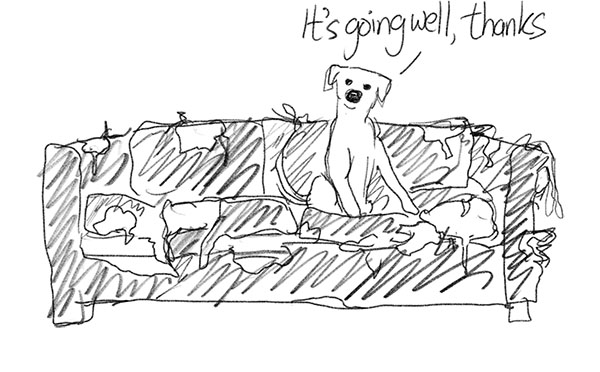 It was a busy night and can you believe the party didn’t get shut down. I’ve never sucked up to anyone more than I sucked up to the manager that night. But our daughter enjoyed it, that was the main thing. Although, I’m not sure what she was doing in that dark corner at one point. 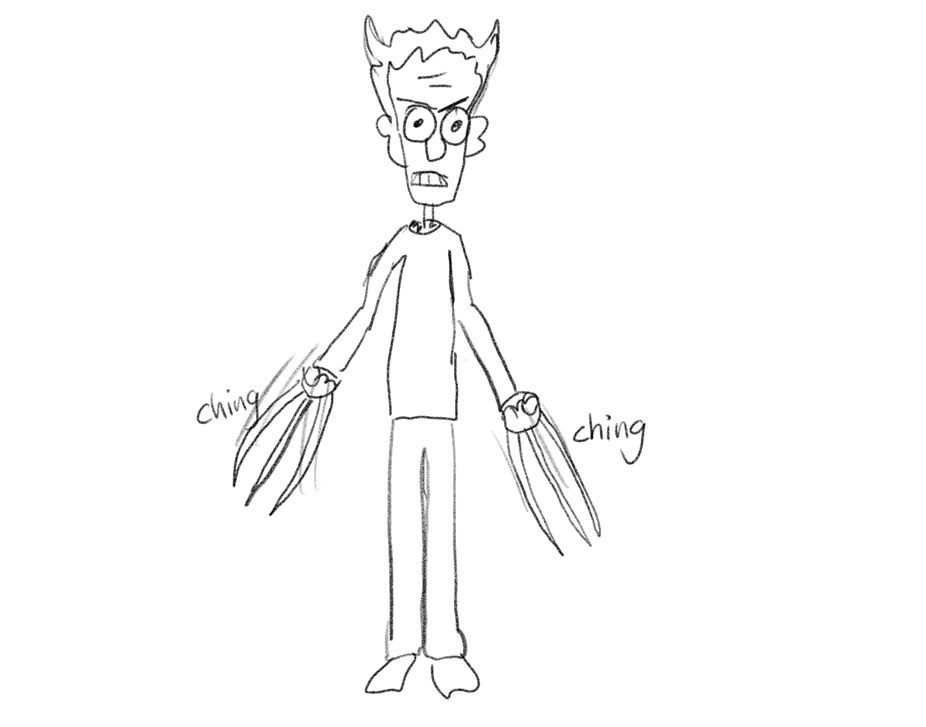 But let’s not go into that. We’ll leave that to another newsletter entitled ‘How to kill boyfriends legally.’

I’d just like to say how, despite what the manager was saying, everyone at that party was really great, a bit drunk but in general very polite and nice. The only problem was – I didn’t recognise anyone, specifically the girls. Here’s an example of what I mean

How does that happen? We had a makeup woman come to our house before the party, we took Norman for a walk and left, in my mind, a load of girls that looked about 12 years olds. We came back an hour later and there was a load of Prosecco fueled Katie Price’s in the house.