No, I wasn’t that kind of boring.

Ignore him, I meant this kind of boring.

I was king of the forward defensive. The ball just dropped dead in front of me and yawned. Which is impossible, yawning if you’re dead. and obviously, a cricket ball can’t yawn because the laws of physics dictates that…

My defensive skill meant I was hardly ever out. I was opening batsman and used to happily bat through the whole innings, while my feeble, and incredibly exciting teammates, whacked sixes all over the place and were out.

Just before the season finished, I spent a very interesting day at the library…

It might be a tiny bit boring, but I was just double-checking there wasn’t anything I’d missed when calculating batting averages, because, with all my not-outs, I knew I’d won.

At the end of season doo, there were a few other inconsequential awards, but then the manager announced:
‘And the winner of the Steelworks Batting Averages Award 1983, after an exceptional year of cricket…

And then there was a pause Dermot O’Leary would’ve been proud of.

Come on… What was the point of waiting, everyone knows, I’d told them all, so I headed off across the dance floor towards the stage and into cricketing immortality.

‘and the winner is … Daniel Fancypants.’

Daniel Fancy… my brain couldn’t quite work out whether that was my name or not. The air turned to ice and I froze mid-step as Daniel Fancypants pushed past me to rapturous applause.

Where is that comedy guy with a saw when you need him?

Apparently, the manager didn’t count all the not-outs.

I lost my enthusiasm for cricket a little bit after that. I know, just in it for the glory. But I did play occasionally when the team was short – until this happened.

As I was walking out to open the batting, the manager made the mistake of saying to me ‘Your job, Ian, is simple, say in.’

I went out there with a spring in my step and completely sucked the joy out of the game of cricket.

My teammates came and went and I held firm ball after ball, over after mind-numbing over.

At the end, when we’d been firmly trounced, I walked off the pitch chuffed in the knowledge that I’d done my job, 40 overs endured and 11 runs made.

I got booed off the pitch by my own team. Some of them never played cricket again. They used to enjoy it until that moment, but I made them realise how boring and pointless it could be in the wrong hands.

For the sake of cricket, I hung up my forward defensive and I never played again.

Some day the game will recover… but if you watched The Ashes the other week there’s a long way to go.

I did have one cricketing moment of glory though. 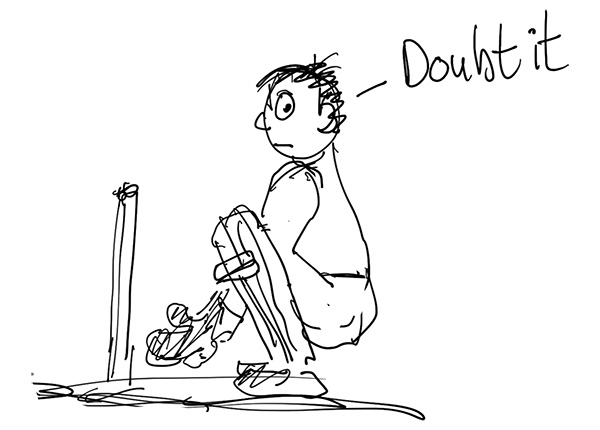 I was playing against a friend of the family, who was a cricketing prodigy, He could bowl, bat and play the yankee doodle dandy on his box for all I cared, I never liked him.

I got to the crease and he walked past and said: ‘Heard you were the most boring cricketer in the history of cricket.’ A fair assessment, but uncalled for.

He was bowling, so he came hammering down towards me looking stylish and hateable. The ball went down the leg side slightly, and I always left those. I always left everything I wasn’t forced to hit, but this time, annoyed, I closed my eyes and swung wildly.

Something weird happened, I felt a connection. It was a strange type of connection because it was right in the middle of the bat and it felt really good.

I opened my eyes and the ball was soaring, soaring I tell you. 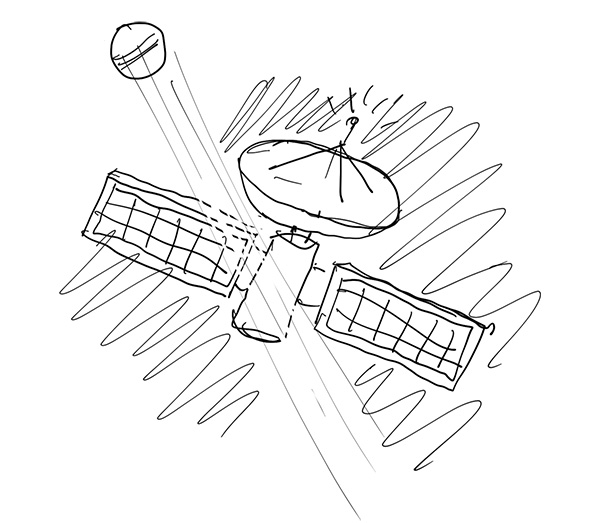 Over deep square leg and into the farmer’s field behind. It was glorious. Six runs, matey boy, stick that in your pipe.

He bowled me out next ball, but I don’t remember that.