I don’t know about you, but when I was at school PE Teachers looked like this 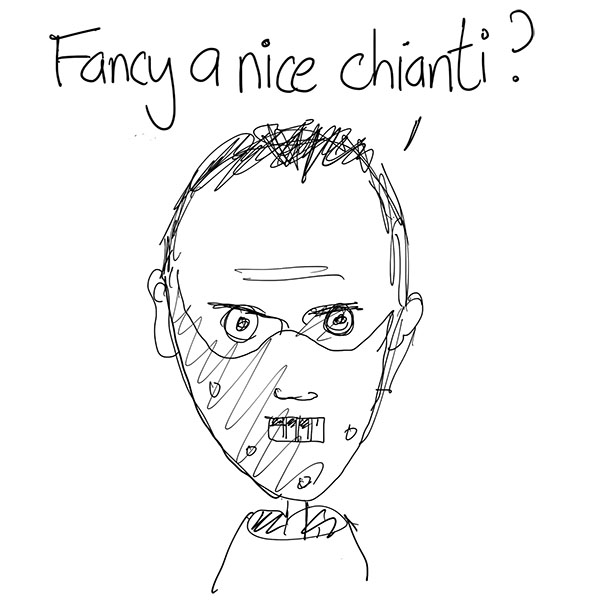 Ours was called Mr Clyde and wasn’t a fan of O rhesus positive so I survived.

Mr Clyde had his own way of doing things. Here’s a list of his favourite keep fit activities.

When the weather was horrendous, Mr Clyde ran us across the main road to a little side street where the drains were always blocked and there was a good flow of cigarettes and dog poo in the gutters. That was where he made us worked on our basic core strength.

We did feel the burn, but that was only when one of the fag stumps was still alight.

On really bad days, when the local river was lethal, he’d jog us down there and make us link arms and step out into the torrent to try and get to the island 100 yards across. 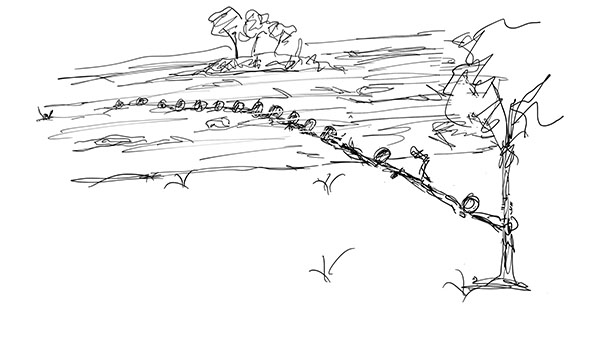 Our lives depended on the enfeebled arms of our classmates and a ravaged tree that was sick of it and really wanted to snap.

Mr Clyde was certainly ahead of his time with this early team building. What he didn’t grasp was the demotivational qualities of a cruel and untimely death.

Gukky got washed away once, which increased our VO2 max aerobic capacity no end. 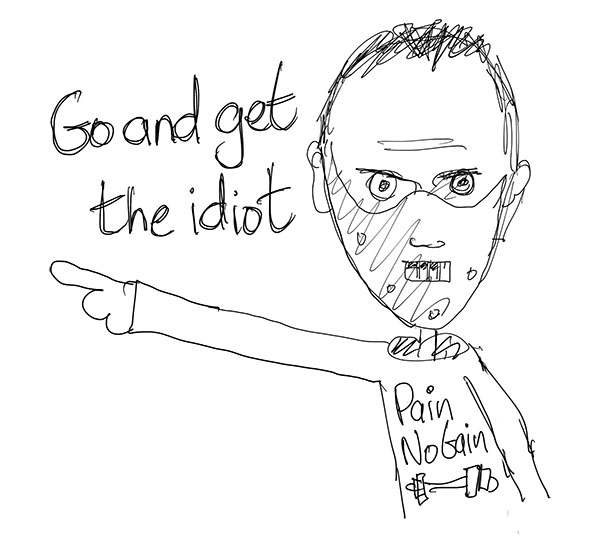 The kids on the end of the line were the dispensible ones, who didn’t play on any of the school teams. Self-preservation was important to me, even at that early age, which is why I went to all extracurricular training sessions.

If the class sizes were really getting too big, he would run us up to a concrete dam further up the river and make us jump over the fish gap. This was a narrow opening in the river, where the water funneled, creating a very powerful stream and a deadly vortex at the bottom. 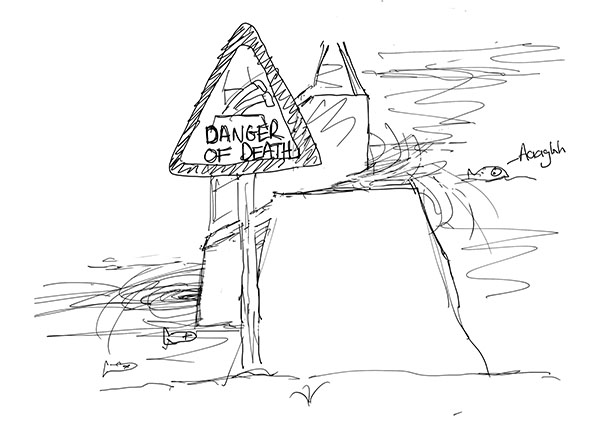 The gap was about four feet. I may be prone to a little exaggeration, but not this time. One slip and we’d have been sucked into the diabolical vortex and churned around until our atoms were unrecognisable.

If we survived that, he threw us down a muddy, nettle-infested bank and we hoped we were able to stop before we hit the barbed wire fence at the bottom. 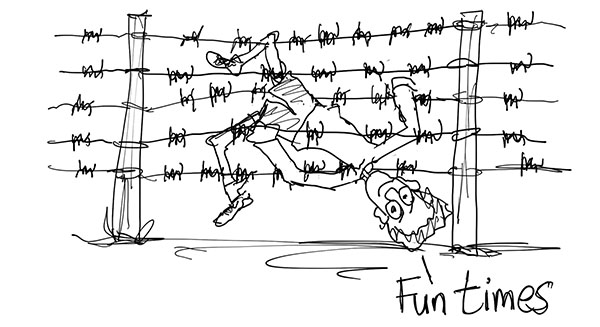 Regularly he would pile a few of us into the school van and drive us off to various places in the countryside. In the middle of nowhere, we would disembark and he would point into the undergrowth 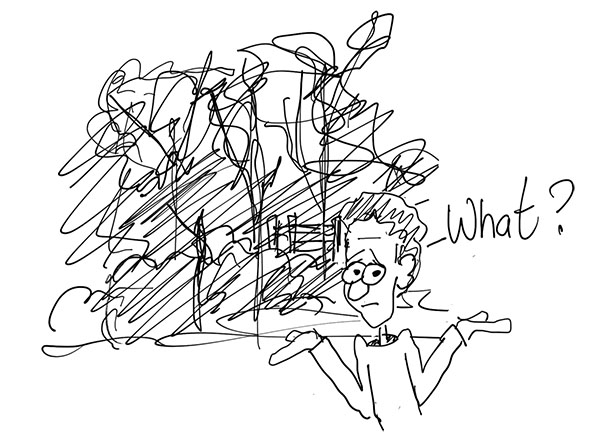 ‘Idiot, there’s a metal fence over there, I want that in the back of the van in 20 minutes. Go go go…’

It could’ve been wood, gates, doors anything. We dropped it off at his house on the way back to school.

If you didn’t do as My Clyde said, you got the knuckle head. This was a vicious, skull-crushing swipe of the fist onto the forehead near the hairline. 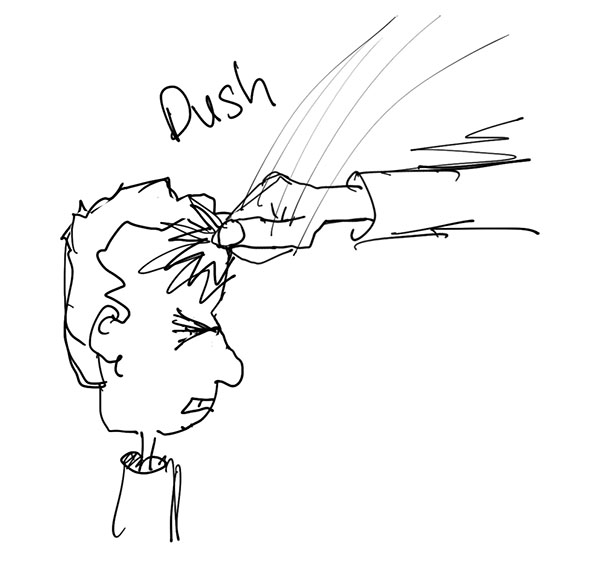 It hurt but didn’t cause any bruising, and there was no evidence of it ever happening just in case there was an inquiry, which there wouldn’t be in those heady days of corporal punishment.

I was a goody two-shoes, 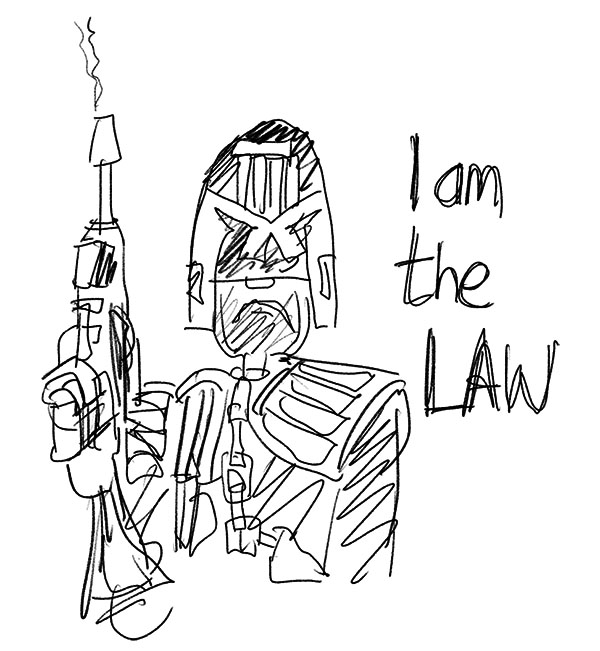 He liked a bit of dressing up as well. Mr Clyde left in our third year of big school. He went to run an outdoor adventure centre or something, and I think he used us as crash test dummies to see how much the human spirit could endure.

It helped make me who I am today 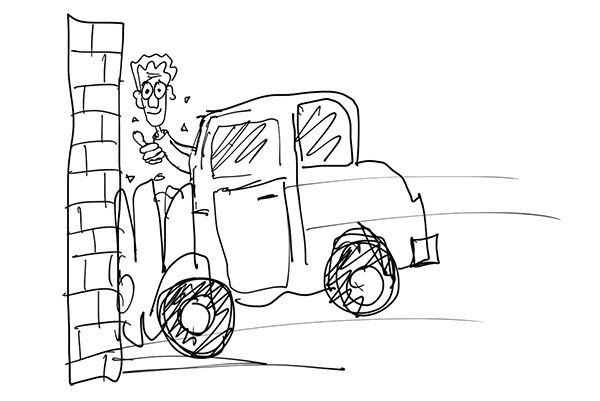 An expensive hobby I know.

You know I signed up for all the sports teams, here’s the main reason why.

On our first day, we were queuing outside the changing rooms, and suddenly the door flew open and a boy came out with blood dripping down his face. Mr Clyde came out shortly afterward.

‘That boy was very rude to me,’ he said. 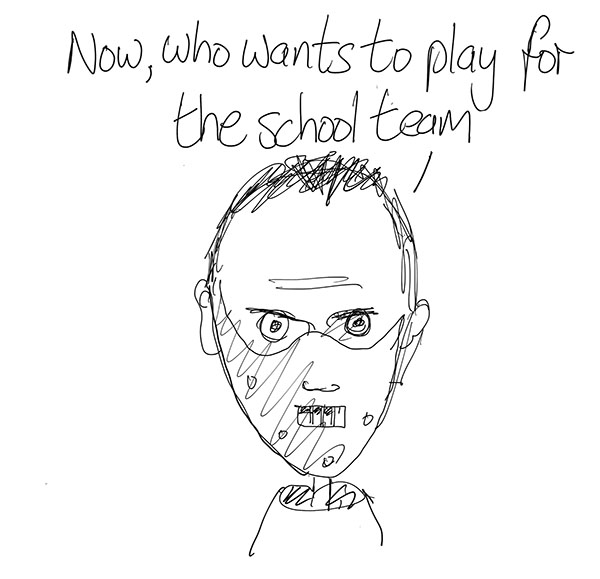 Have a great weekend. Hope Eunice is nice to you.