Another week ticked off. And another week down memory lane for me. I’ve been digging into my cartoon archives again and came across this 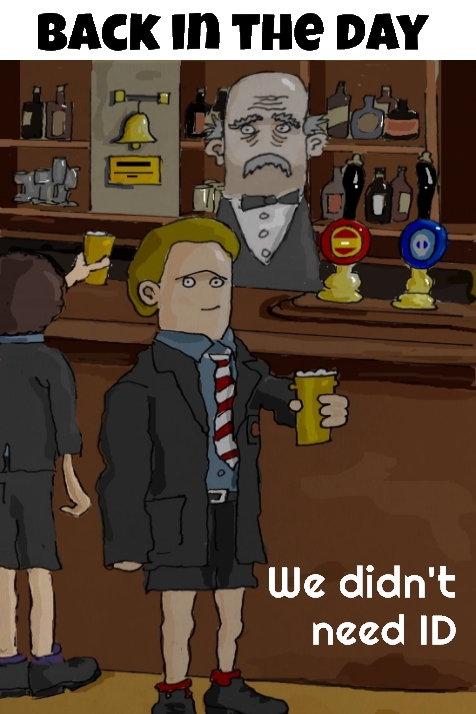 The good old days of underage drinking. This is me and my mates in the Bull and Bush after school. We might have taken our ties off, to cunningly disguise ourselves, but nevertheless there I am spending my paper round money on a Matty Brown Light Ale.

The Bull and Bush was a dump, every now and again something splashed into your glass. We eventually realised it was some congealed nicotine that had built up over the years on the ceiling and when it got to critical mass it dropped. Yummy.

Here’s me on my mate’s Tomahawk. 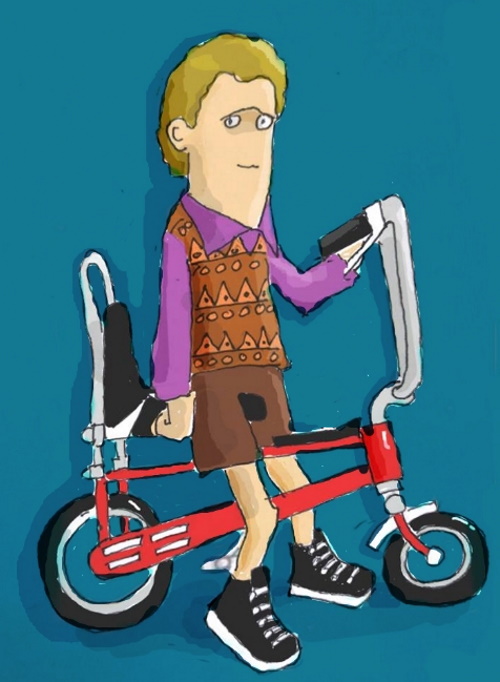 Yes, I know, very cool. This bike was a death trap. It had no brakes, the handlebars were tricky (or let’s say for accuracy, completely unattached to the frame) and it nearly killed my brother.  Here’s an artist’s impression of my brother heading down a very steep bank towards some trees. 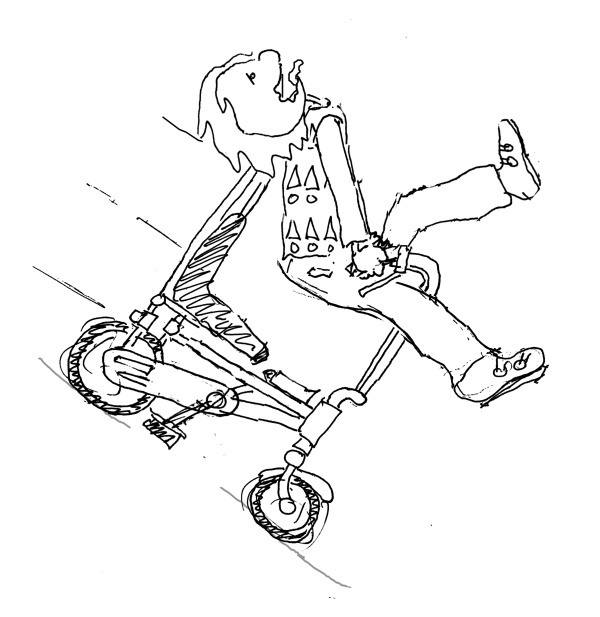 Everyone wore those tank tops back then. He was fine, by the way, but never went on a bike again.

If you thought that was stressful, it was nothing compared to this 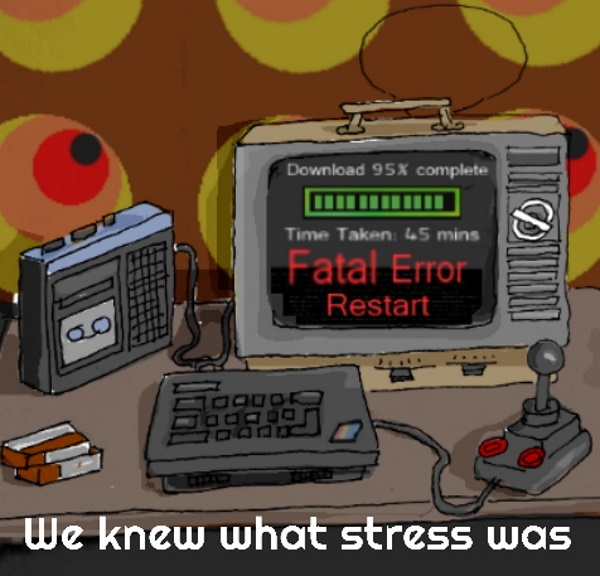 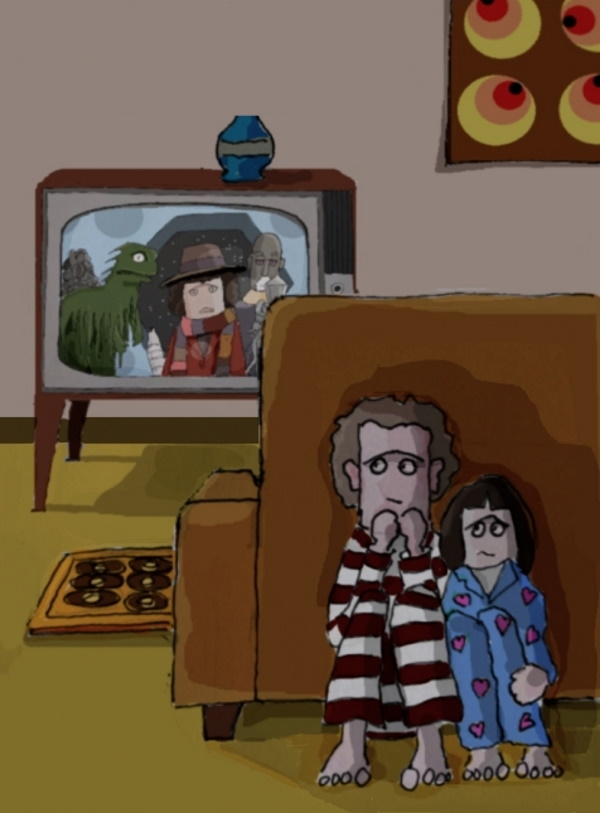 Those Sea Devils were terrifying, and the giant maggots, the intergalactic weed things, the spiders… I can go on. Luckily, behind the sofa is a safe place, where nothing bad can happen, so I’ve been there since last March.

Just to let you know, I terrified the kids this week. They were sitting on the sofa, as usual, watching kittens dancing on TikTok (that’s what they tell me they’re watching anyway) so I crept into the room to give them the news.

Have a good weekend.