Hope you are all well and sorry to everyone who’s ordered this week. I’ve had a few delays because I’m outsourcing the printing and there were some teething problems. But it’s all sorted now, so back to receiving your orders within 2 or 3 days.

Warning: don’t scroll any further if you don’t want to see an idiot (me) in a pink hat. 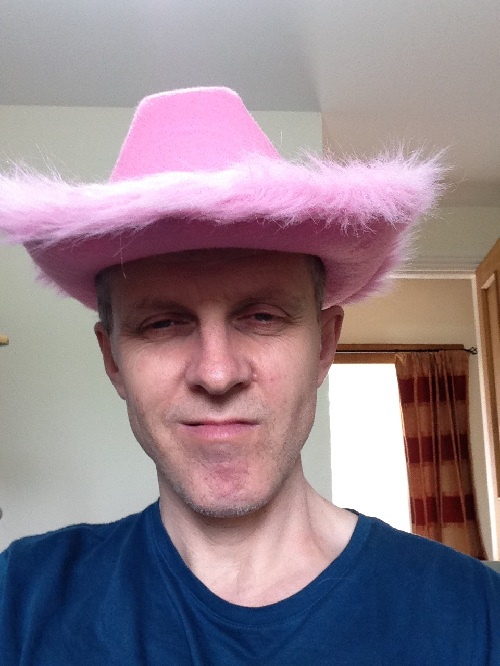 I told you not to scroll.

The expression on my face is supposed to be ‘mean’ and not ‘constipated’ and I don’t have a cowboy hat but my daughter does. Despite that, you will notice the uncanny resemblance between the above photo and this one. 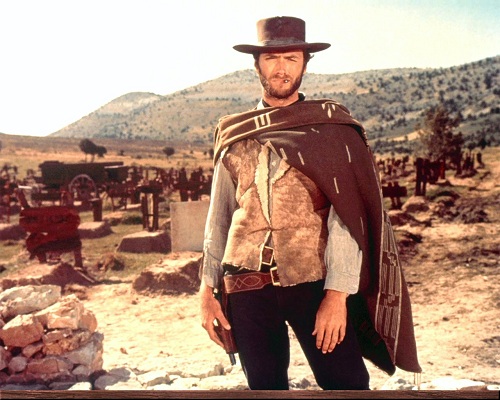 Growing up, I always wanted to be a cowboy and ‘The Good, The Bad and The Ugly’ was my favourite film, especially the three-way shoot out with Lee Van Cleefe and Eli Wallach. This is laughable in itself since I haven’t had a fight since the playground, when Besky nearly beat me up but got so angry he started crying and people thought I’d won.

Putting that aside, I decided to fulfill my dream and become a cowboy, so I painted Clint with my head.

So please bear in mind, when you see the final product, me in my daughter’s hat is the source material that I’m working with. I’m lowering your expectations for good reason. 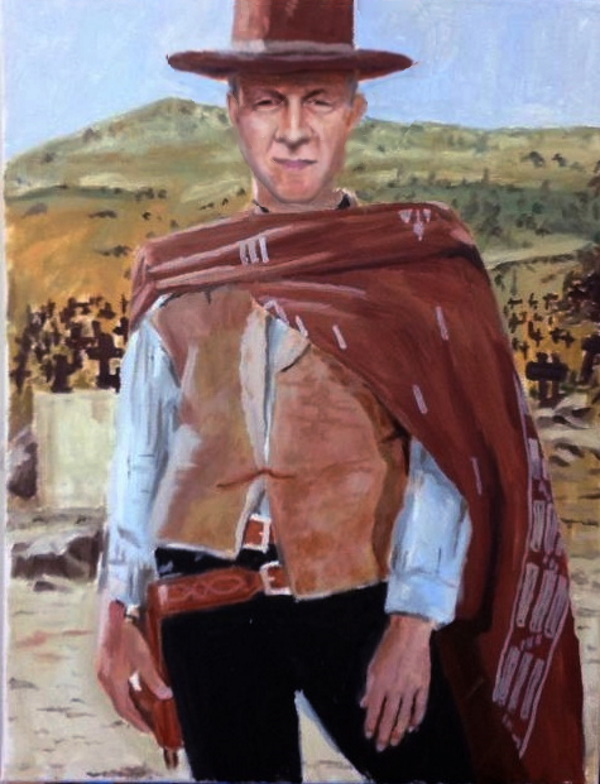 My wife says it’s the same expression I have when I’m about to sneak a fart out at Grandma’s house, not the exact look I was going for. But I am about to have a three-way shoot out with Lee Van Cleefe and Eli Wallach, so in real life it would be a lot messier than just a sneaky fart.

The only thing that’s come out of this was the inspiration for this tee shirt.

You’ll be glad to know that’s Clint’s head and not mine. If anyone wants the version with my head on… are you insane??

I had a few requests last week to buy the sketch of my dog tugging on her lead, so I put it on the website.

I love Davros when he has a good shout. The bit of this speech where he really gets going and I would imagine gets a bit spitty close up, is this:’…every dimension, every parallel, every single corner of creation. This is my ultimate victory, Doctor! The destruction of reality itself.’ You can’t read that without going a little bit Daleky. If you’re gonna shout you might as well make it worth your while, that’s how Davros rolls (in his chair).

Although a Davros low point was with Tom Baker. He tells Tom not to touch the sticky out button on his dashboard because it controls his life support systems and he couldn’t survive 30 seconds without it…. mmmm… what to do, Tom??

Also had a go at Peaky Blinders

I did a couple of mods to this and look what happened. I got a whole new tee shirt out of it.

Admittingly Neo’s taken up a bad habit but there’s a lot of stress being The One.

Last April, I did the sketch below of Captain Tom whizzing down his garden, so when I heard the sad news of his death I posted it again. A lot of people said they’d like it has a tee shirt, so I’ve put it on the site and said I’d give the profits to his foundation.

At the time of writing, we’ve made £194, it’s not quite £33 million so I’m not expecting the knighthood anytime soon. Thanks to everyone who’s bought.

That’s about it for this week.

I’ll leave you with an incident that happened when I’d decided to get some fresh air and dig some old plants out of the garden. When this happens there’s only one thing you can hope for – that your kids have been studying English and are just testing out the concept of hypothetical. 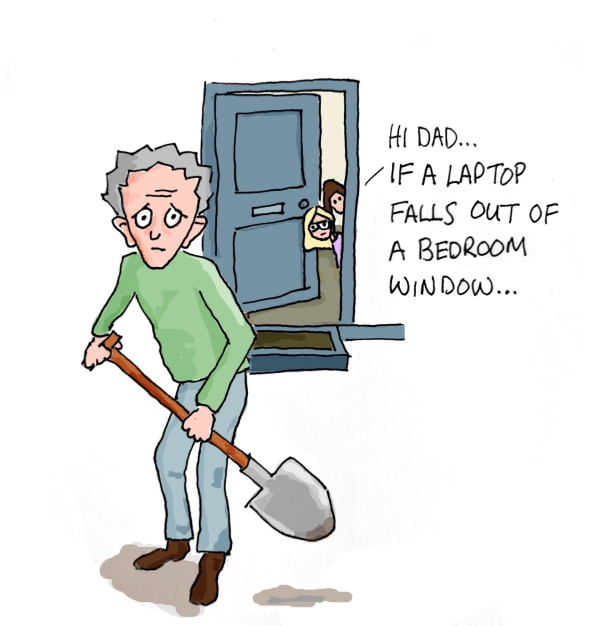 Have a good weekend.