It’s Good Friday, and my mam has made me write about religion this week. 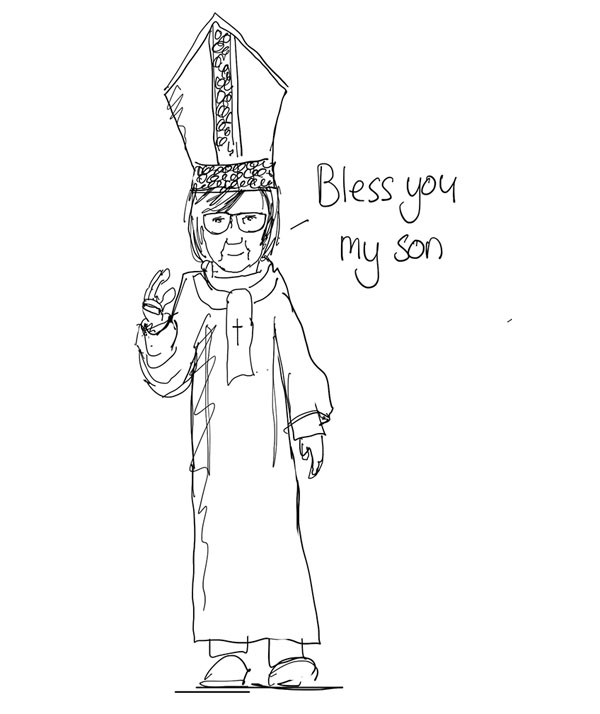 She hasn’t really, but that voice in my head that’s either created by God or a few neurons firing randomly, thought it might be a good idea. 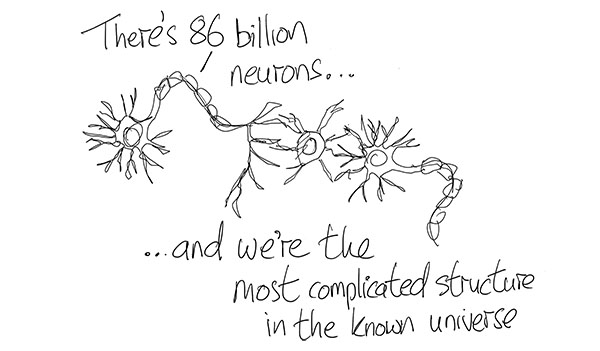 Speak for yourself, show off. Here’s a screenshot from my latest MRI.

I went to a good Catholic school, ‘good’ in the strict Ofsted definition which means ‘decidedly average verging on poor.’ But after 18 years of school Catholicism, I decide to become a strict agnostic with a little side order of belief, just in case.

I got a Religious Studies ‘O’ Level (now I’m showing off), with a syllabus that may have been slightly modified by the nuns. After completing the course, I still wasn’t aware that other religions existed.

Protestants, and their penchant for divorce, were briefly discussed and dismissed, and all the other religions in the world were covered in a 5-minute session on the 14 November 1977 entitled ‘Don’t really need to know this bit.’

Not sure I knew much about evolution either. 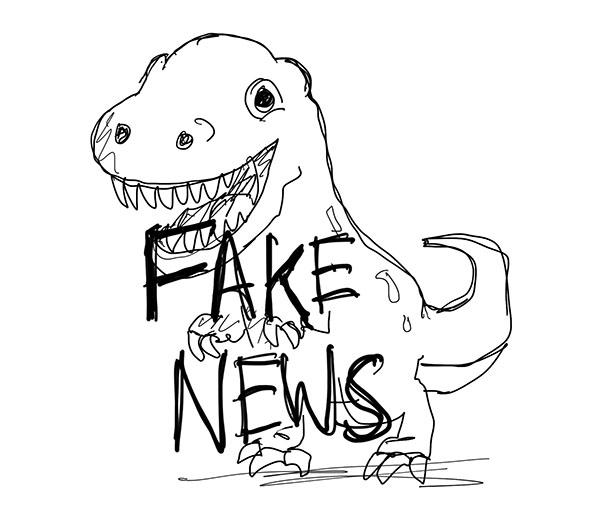 Every Good Friday we went to confession. I haven’t been for 30 years but I think I might swing by there on my 80th birthday with a long list, just to be on the safe side. 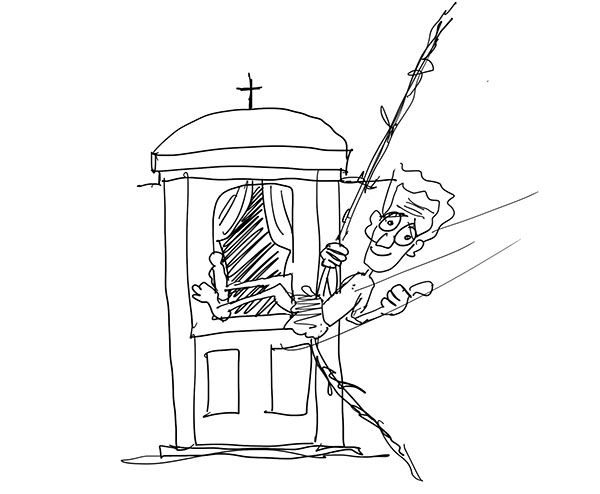 Back then, 8-year-old me had a standard list of sins that I would say every time.

I would start off with a catch-all phrase, to see if the priest was even bothered, and to see if I could get off early for good behaviour.

‘I’ve been a bit naughty,’ was my opener.
Then I would pause and hope for this:
‘Not bothered, two Hail Marys and don’t do it again.’

But some priests wanted to drill down a bit deeper into my naughtiness.
‘Can you give me some examples, my child?’
Here’s where I had to dig out the supplementary material. Don’t worry I was prepared. Here’s my additional list, fleshing out the details a bit.

That last one was just to see if he was still listening.

If I was unlucky I got the awkward priest. 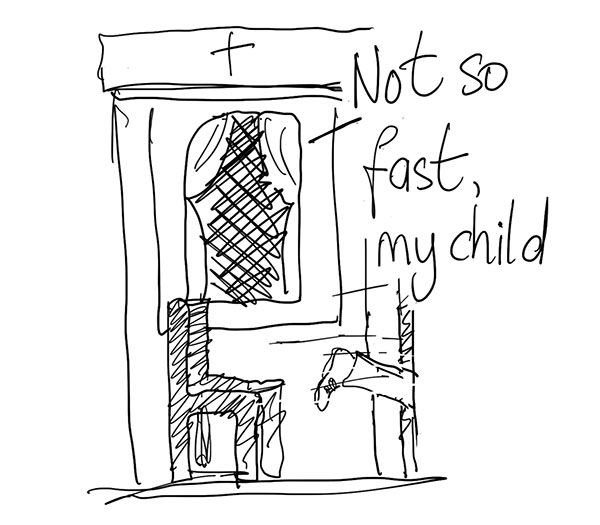 The line of questioning took a wrong turn.
‘Have you had a girlfriend?’

Going to confession got super awkward later, when we got a trendy new priest, who decided to do away with the curtain. Worse still, he did this 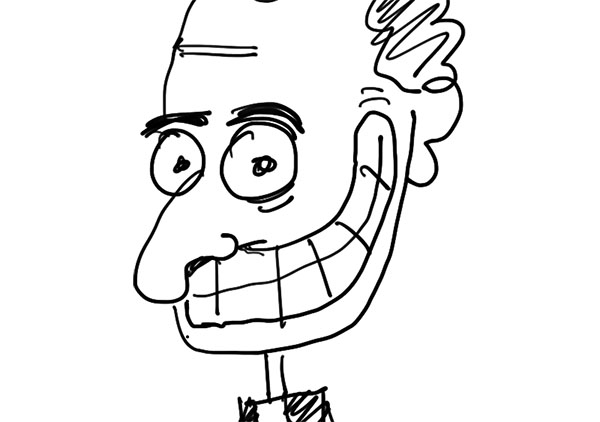 Right in your face and occasionally – steel yourself – he held your hand to reassure you that your sins weren’t quite bad enough for eternal damnation.

I would’ve taken eternal damnation at that point just to make him let go of my hand.

After the Good Friday confessions, completely absolved, we went home for a sin-free sarnie (me mam was in Weight Watchers) and then we were back in the afternoon because it was a ‘right good doo on Good Friday.’ This meant the sermon was lengthy. I crunched some data and plotted a graph so you could visualize its longevity.

But there was one good bit. During the Gospel, which was also very long, we got to play the part of the crowd, so it was sort of pantomimey. 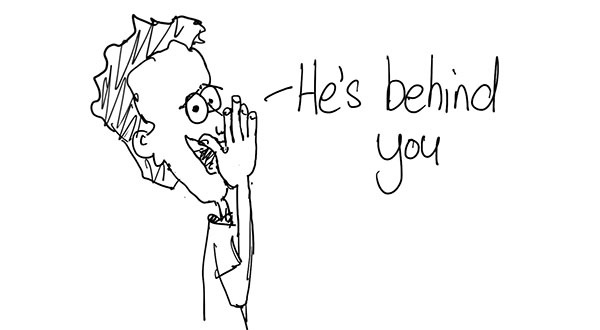 And then we went home and I stared at my Easter Eggs for a bit, and we had a chunk of old fish from the back of the fridge and waited for some better news three days hence.

On Easter Sunday, I wasn’t allowed to eat my Easter eggs until the Lord had officially risen, and he wouldn’t rise from the dead…

Crickey, imagine the stress. The future of Christianity and the core concept of its belief system was in my hands. The Lord would not rise if I was bad. Now, that was a lot of pressure for an 8-year-old.

Luckily for Christianity, I really wanted those Easter eggs.

I was told by the cringe priest that when I did get a girlfriend I had to make sure she was a good Catholic, so I could produce good Catholic kids and have an amazing Catholic life.

I have some shocking news. 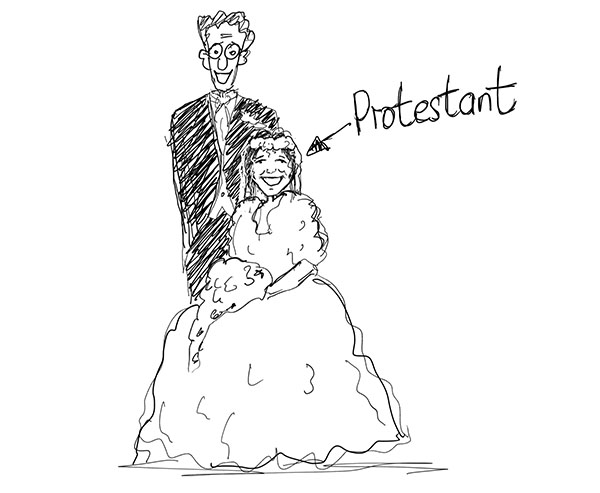 So far the jaws of hell haven’t closed around me and dragged me down into the raging fires. And to be honest I’ve discovered Protestants are actually totally amazing. Unless I just got lucky with the Protestant I fooled into being my wife.

Have a great Easter weekend. Be good, so you get some eggs and save Christianity.