I’ve made some new friends these last few months, all because of Norman’s bowels. 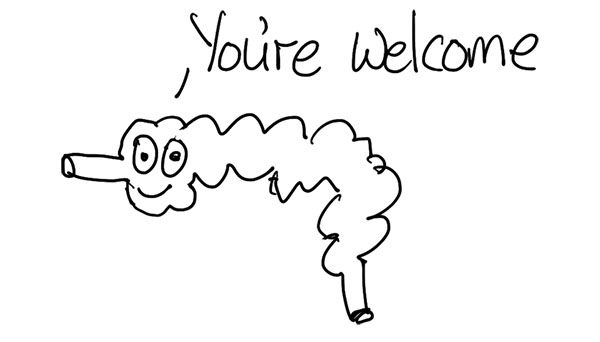 Norman is regular, so at 8.30 every day, he whines like a baby and we head off out for our walk.

He has a lot of ‘comfort’ breaks on the walk because his bowels have Great Dane/African Elephant aspirations, hence the upgrade to the 50kg rucksack. 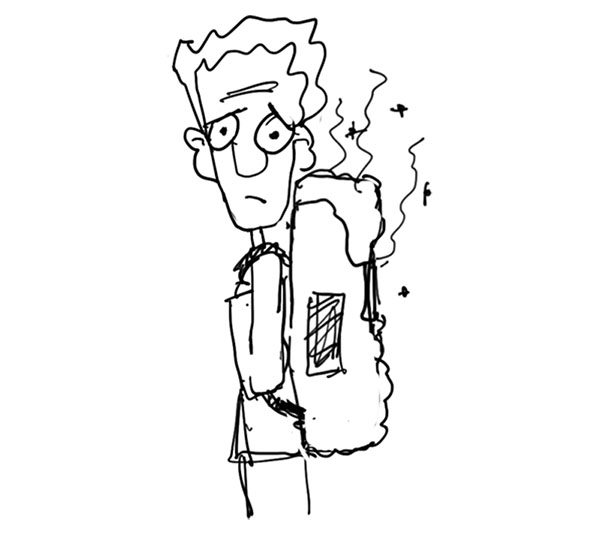 I have this fairly set walk involving some fields, a rugby pitch, a wood and a river. It’s all very nice, and other people have discovered this fact before me. So there’s plenty of people to meet along the way.

The first person I usually meet, I’m calling ‘The Liar.’ Every time we approach she says ‘It’s okay, little Mabel is super friendly.’ 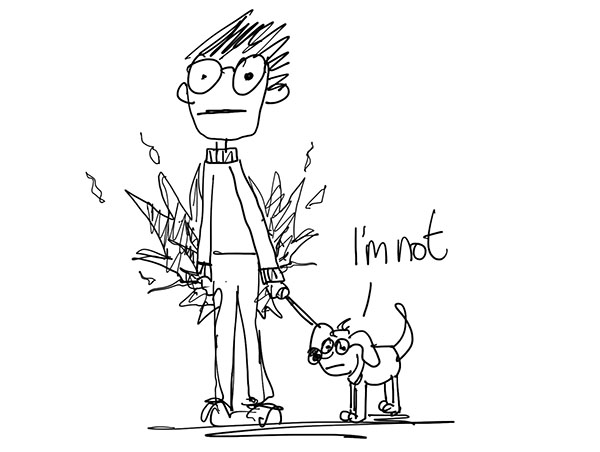 And, as you can clearly see there, her pants are on fire. Mabel is vicious. I drag Norman through the growling and spit and, as we’re leaving, every single time, she says ‘Will that naughty dog not play with you, Mabel?’
‘Playing’ to Mabel, I suspect, is removing Norman’s ears and Norman looks silly with no ears, look 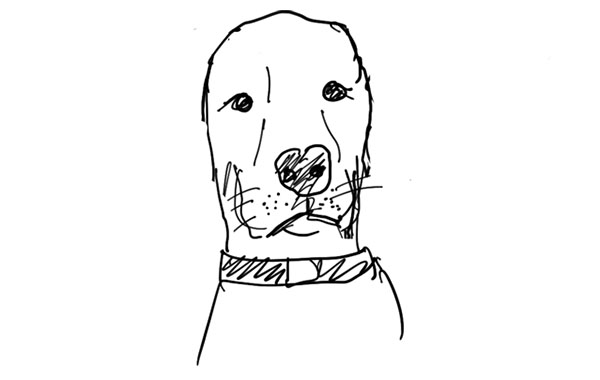 So I keep going.

Then I meet Graeme, from Dogs Behaving Badly, it’s not really him obviously, but god almighty does he know everything.
‘Still pulling a bit on the lead, I see? Well, well well, easily solved my imbecilic friend, what you need is to wrap the lead round the neck twice and then yank.’
And you know what, he’s right, it really does work 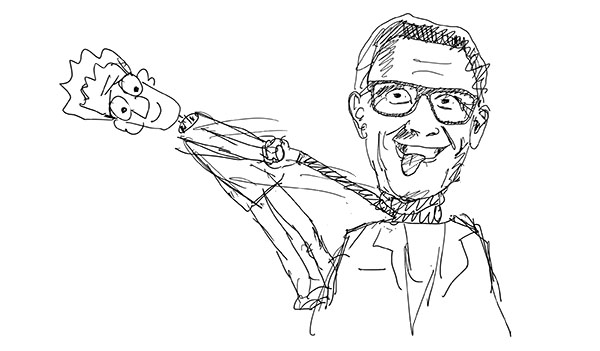 Next up, there’s ‘The Agent of Shield’ who, when she sees me coming, stands with her back to me to shield her dog from me as if I’m running towards her with a club wrapped in barbed wire. She never speaks.

I meet ‘Two Rabid Dogs’ usually in the wood and at the rugby club I marvel at this sign. 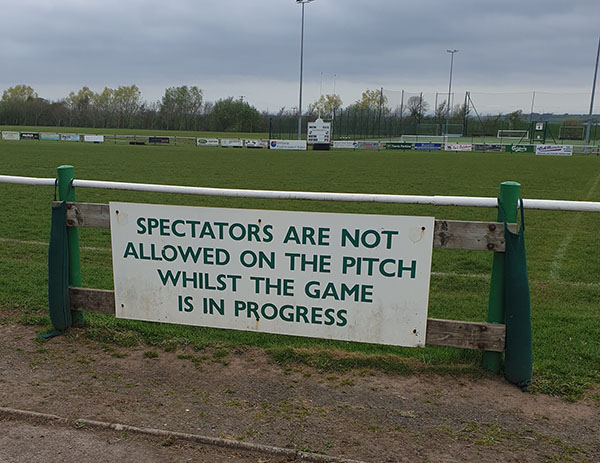 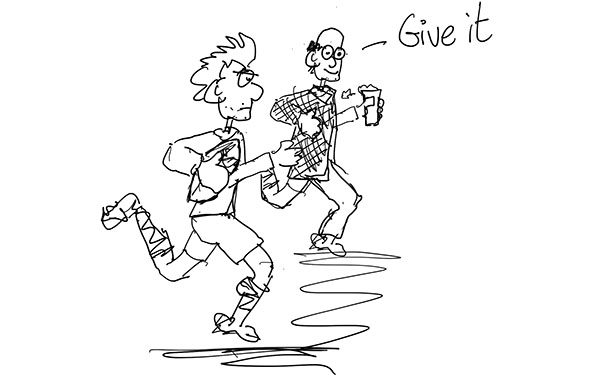 Big Aggressive Guy is next. I usually meet him in the narrow bit between the river and the farmer’s field. Here I have to be careful, because his Bull Terrier looks like Alan Carr compared to him. 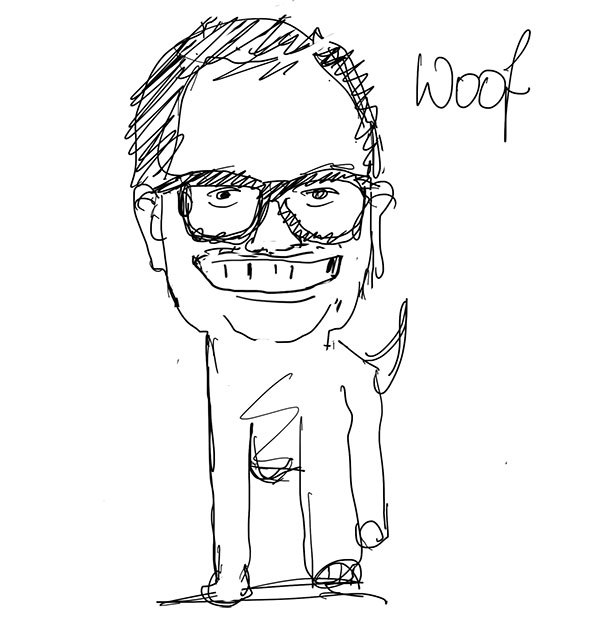 My usual slightly enthusiastic ‘Morning, how are you?’ will not work with this guy. You’ve got to know your audience and this man mountain would not accept exuberance in any form, I would imagine. I felt the need to create rapport so I always go with:
‘Alright,’ said in my deepest, surliest voice with a sharp nod of the head, as if I wasn’t bothered one way or the other and I’d actually prefer it if I could punch him in the face. 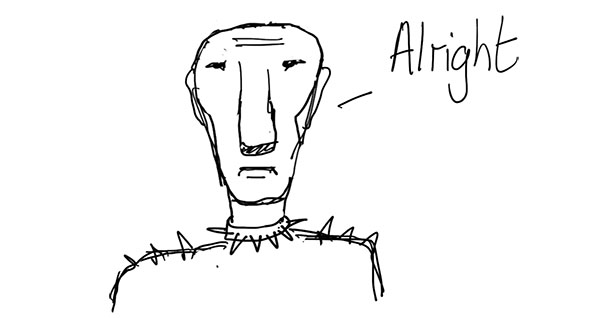 We bonded. Aggressive surliness brought us together. And yes, in the spirit of ‘you look like your dog’, I did attempt to make him look Bull Terrier-ish.

And finally, on the way back I meet the ‘The Gossip.’ 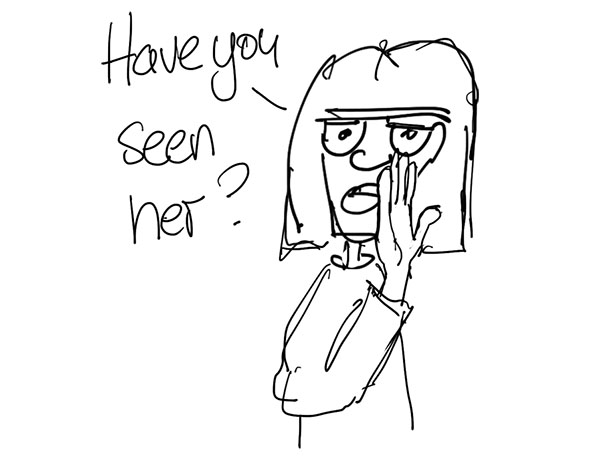 ‘There’s a new woman with a black dog, over by the fir trees, who does she think she is, she doesn’t know what she’s doing with that thing. The dog’s all over the place etc etc..’.
This is sad, but I love it that The Gossip talks to me. 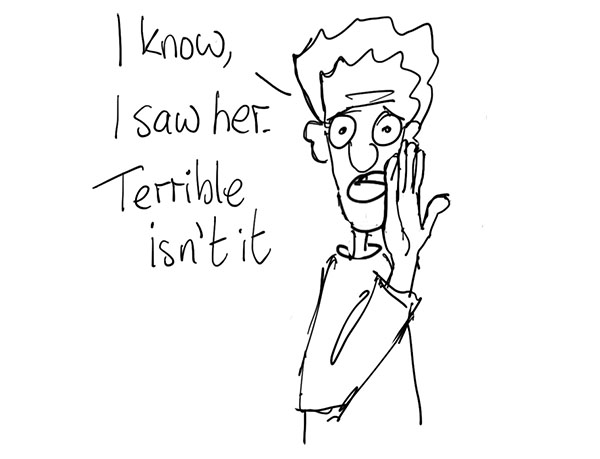 I hadn’t seen the woman with the black dog and I couldn’t care less, but this means I’m now part of the gang. Slagging off new people creates a lovely community spirit, we all know that. I was in. I’m in the 8.30 dog walking gang and everyone’s happy.

Well, they were until this happened.

I don’t know about you but if I’m on my own, say, in the wood, I talk to Norman as if he’s actually listening.
‘River looks a bit cold today.’
‘Those snowdrops weren’t there yesterday, were they?’ 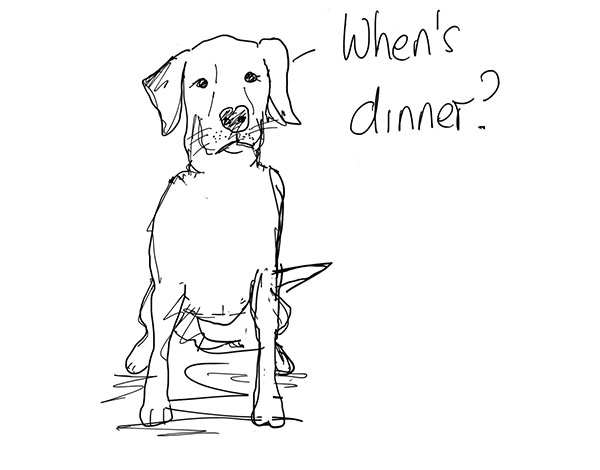 Look, only when there’s no one there, and yes, I’m embarrassed telling you.

So Norman’s nose deep in a bit of grass soaked in female urine. 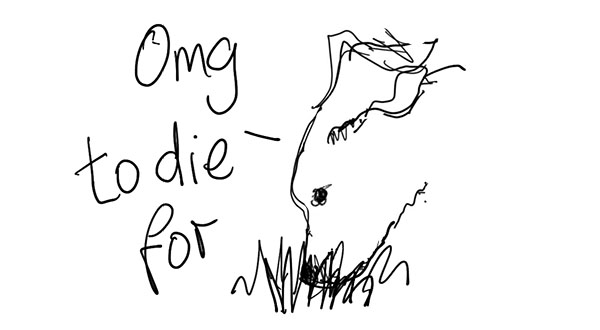 It’s disgusting the loving way he sniffs and licks it. Yak. So when there’s no one there, and he’s taking ages, I encourage him along by shouting:
‘Hey, Normy-woo-bots, chum-on-ski.’
Yesterday I made a mistake, a terrible mistake. I didn’t check properly who was around and I wasn’t alone.

The birds fell silent, withered and died in the trees. I’d said ‘chum-on-ski’ in front of Big Aggressive Guy, not to mention ‘Normy-woo-bots.’  He moved through without a single hostile word.

Tomorrow I’ll be looking for a different route.

There’s a couple of others I forgot to mention. Two old comedy geniuses who know how to squeeze every ounce of laughter out of a joke.

The first one always says to me the classic line ‘I remember when this used to be all fields.’

And we’re standing in a field with a single house in the distance. We both laugh.

The second bloke is in the beck, voluntarily cleaning out the rubbish, which is the most amazing thing, and every time I see him he says ‘I thought I saw someone’s wallet’ and we both laugh.