Hope you’re having another great week

A few years ago, I was in the garden failing to light a bbq and being a terrible parent – both at the same time – who said men couldn’t multitask.

I’d got to the stage where the bbq was smouldering. 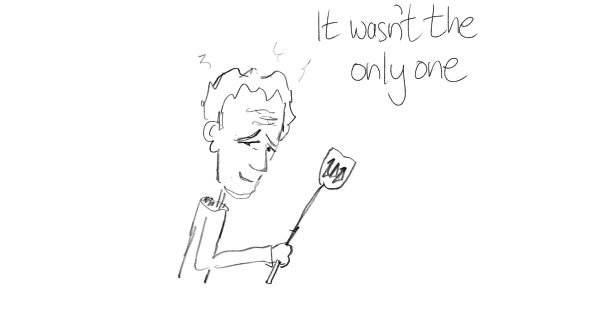 Couldn’t even draw me smouldering never mind do it in real life.

Meanwhile, my daughter decided to adjust the height of the net on the netball stand. The net had been at that height for three years, but today was the day she decided adjustment was required. There’s a peg you pull out, and then a big heavy metal pole, carrying the net, plummets to earth until the metal ring near the net smashes into the metal ring near the peg.

Instead of reading the instruction for adjusting the height, she must’ve skipped to the appendix.

And to be honest it was touch and go which daughter we were going to A&E for. 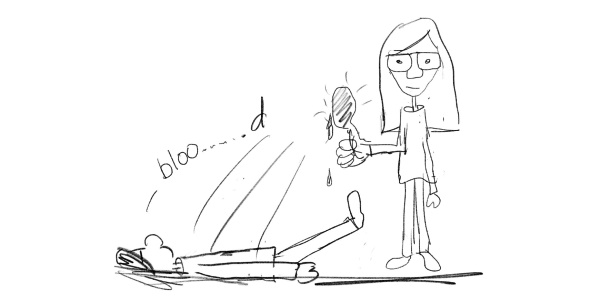 I don’t know if you know this but if you shove as many haribos into your mouth as you possibly can, that cures thumb fractures. That’s what, I’m assuming, was the thinking in the back of the car on the way through.

A&E was busy, the corridor had stretchers in it with people groaning. This is how my eldest daughter remembers it several years later.

We sat next to a family whose two-year-old daughter had swallowed a 20p and they were waiting for an X-ray.

The father decided to tell us a cheery story about the time he got run over and mangled by a tractor. His guts got ripped out and he had to spend the whole night on a hospital bed with his entrails lying beside him before the doctor came.

Sorry NHS. I can’t vouch for the accuracy of the story, but he kindly showed us the scar and the tractor tire marks across his chest.

Six hours later, which is how long that tractor story took him (that man knew his entrails) my daughter got her x-ray and thumb bandage up.

As we were leaving, I heard Mr Entrails talking to his child. 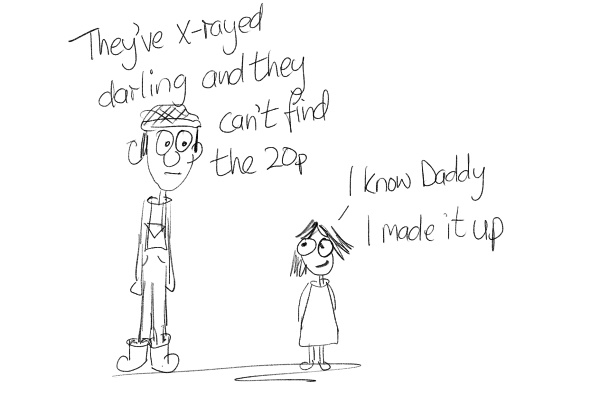 I went out thinking, well that wasn’t a wasted night.

As an afterthought to the hospital trauma, my eldest daughter has been struggling, like a lot of people, during the last year of covid. Especially the last six months when the vaccine rollout has been big news. Every time we switched on the telly, no matter what time of day, there was a reporter standing next to someone with their sleeve rolled up and a close-up shot of a nurse doing this

Quote from my daughter: ‘Why? Why? We know what it looks like, do you really think that’s going to encourage people to….’

That’s all she said before she got a bit dizzy again.

Enjoy your weekend. I’m getting my second jab on Saturday, I’ll be brave.